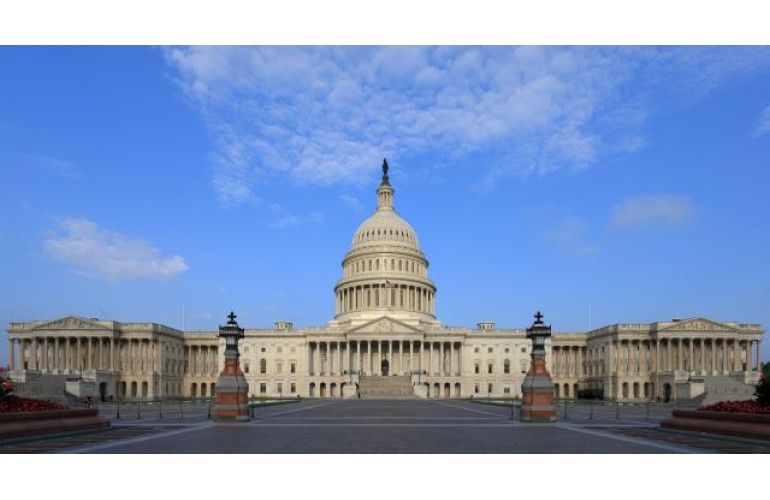 Healing a Fractured Democracy – It’s Time to Invoke 25 is an op-ed by Nick Kaylor, a United States Navy veteran. He has performed two deployments in support of Operations Iraqi Freedom and Enduring Freedom and served under Republican and Democratic administrations. He has also worked as a senior leader and communications representative for a nonprofit serving wounded Veterans.

As armed militia stormed the nation’s capital, its soon to be ousted leader called for a coup. A hostile takeover of the nation’s government. As the supporters broke through security barriers and desecrated the republic’s democratic process, it was led by a man carrying the battle flag of a long-defunct traitorous faction.

This all sounds surreal. It sounds like a different world. Was it fiction? Was it a South American country in the 1990s, or an African nation from the early 2000s? It is almost assuredly a story from one of President Donald J. Trump’s “shithole” nations– one of which he would ban from entering this now great again country. Unfortunately, these events took place in a new nation on the list of shitholes. The United States of Authoritarianism.

The events of January 6 will forever live in the annals of American history as a stain on our nation. The symbolism of a Confederate “Stars and Bars” battle flag, hoisted in the beautifully grand hallways of Congress will forever haunt us.

Personally, I’ve never felt so unnerved and unhinged as I had watching this in real-time. I suffer from a major depressive disorder. I have a neurological disorder that stems from anxiety. I’ve almost taken my own life on multiple occasions. I’m a recovering alcoholic and former Republican. Each of these issues stemmed from my time in service. Yet again, I’ve never been more unnerved. I was numb while watching this all unfold.

While serving in the U.S. Navy, and since my departure, I have always believed in a person’s right to peaceful protest– regardless of one’s stance on a matter. Everyone calling themselves an American should agree that peaceful protest is an important part of protecting democracy. What happened was not a peaceful protest, it was an incited political coup, staged by the leader of the free world. Anyone who solemnly swore to “defend the Constitution of the United States against all enemies, foreign and domestic,” should know that these acts were domestic terrorism. Call it what it is, treason.

I spent one Christmas with Vice President Mike Pence and Second Lady Karen Pence and know of their hearts for our nation’s wounded Veterans first-hand. Even now, as a very liberal Democrat, I hang the Second Family’s official Christmas ornament proudly on our tree (despite the dirty looks I receive from my wife).

Regardless of my political views, I see the Second Family as compassionate for our Veterans and their families. They are a stark contrast from the President, whose office I have worked significantly with. I truly believe he does not care about our Veterans, active military, or the Constitution that you swore to protect. He cares about what keeps him in power. He cares only that you think he cares for them.

Colin Kaepernick kneeling during the national anthem. A daytime gathering in Lafayette Square. A mural painted on the streets deeming that Black Lives Matter. Each of these peaceful forms of protest was blasted by the 45th President of the United States as unpatriotic. He called the kneeling a “great disrespect for our Country and our Flag.” He used force to clear the square in order to take a photograph with a book that denounces such actions, and those who would take them. He called BLM protesters “thugs” and said that they are a hate group. Now, the same man conspires with his followers to overthrow a government procedure; breaking the country’s laws on seditious conspiracy (18 US Code § 2384) and refusing to call off his own group of “thugs,” instead of referring to them as “patriots.”

We must heal our fractured democracy immediately. We must see things for what they are, right or wrong … not left or right, nor blue or red. We teach our children right versus wrong, why can’t we teach ourselves? I’m calling on leaders of this country, specifically the Vice President, to end this era now. The actions of our President are wrong and must not be tolerated. Invoke 25 now, so we can begin to heal together.