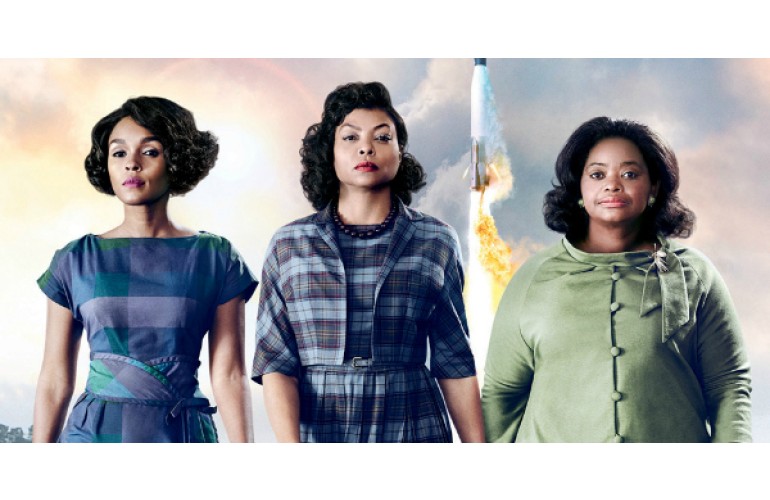 The film starring Taraji P. Henson, Octavia Spencer, and Janelle Monáe isn’t out until January 2017, but it will be worth checking out.

Meanwhile, a preview has been scheduled this October at the Women of Color in Science, Technology, Engineering and Math (STEM) Conference in Detroit, Michigan.

Based on the lives of three of these women, the story captures their rise as they calculated the launch of the first American to orbit the Earth, guaranteeing his safe return.

But who is Margot Lee Shetterly and why did she write Hidden Figures?

Shetterly began researching and writing Hidden Figures in 2010. Four years later, the rights to the book were sold.

Most Americans have no idea that from the 1940s through the 1960s, a cadre of African-American women formed part of the country’s space workforce, or that this group-mathematical ground troops in the Cold War–helped provide NASA with the raw computing power it needed to dominate the heavens.

For me, growing up in Hampton, Virginia, the face of science was brown like mine. My dad was a NASA lifer, a career Langley Research Center scientist who became an internationally respected climate expert. Five of my father’s seven siblings were engineers or technologists. My father’s best friend was an aeronautical engineer. Our next-door neighbor was a physics professor. There were mathematicians at our church, sonic boom experts in my mother’s sorority and electrical engineers in my parents’ college alumni associations. There were also Black English professors, like my mother, as well as black doctors and dentists, black mechanics, janitors and contractors, black shoe repair owners, wedding planners, real estate agents and undertakers, the occasional black lawyer and a handful of black Mary Kay salespeople. As a child, however, I knew so many African-Americans working in science, math, and engineering that I thought that’s just what black folks did.

In 2013, Margot founded The Human Computer Project, an organization whose mission is to archive the work of all of the women who worked as computers and mathematicians at the National Advisory Committee for Aeronautics (NACA), the forerunner of NASA.

Among the women who worked as computers and mathematicians were Katherine Johnson, Dorothy Vaughan, and Mary Jackson. Here are their stories.

Katherine Johnson was born August 26, 1918. She grew up in a little town in West Virginia. She was so fascinated by numbers that by the time she was 10 years old, she was a high school freshman.

Last year, President Obama presented her with the Presidential Medal of Freedom for her groundbreaking work as a human computer.

In 1953, she began working for the National Advisory Committee for Aeronautics, or NACA.

As a computer, she calculated the trajectory for Alan Shepard, the first American in space.

Even after NASA began using electronic computers, John Glenn requested that she personally recheck the calculations made by the new electronic computers before his flight aboard Friendship 7 – the mission on which he became the first American to orbit the Earth.

Katherine’s calculations proved as critical to the success of the Apollo Moon landing program and the start of the Space Shuttle program, as they did to those first steps on the country’s journey into space.

Dorothy Vaughan was born on September 20, 1910. She was also a mathematician at NACA, the predecessor agency to NASA.

Prior to arriving at NACA’s Langley Memorial Aeronautical Laboratory in 1943, Vaughan worked as a mathematics teacher in Virginia.

In 1949, Vaughan became the head of the West Area Computers, a work group composed of Black female mathematicians.

Katherine Johnson was assigned to Vaughan’s group before being transferred to Langley’s Flight Research Division.

Vaughan continued at Langley after NACA became NASA, specializing for the rest of her career in electronic computing and FORTRAN programming. She retired from NASA in 1971 and died November 10, 2008.

Mary Jackson was born in Hampton, Virginia, April 9, 1921. She was a mathematician and aerospace engineer.

Mary earned her bachelor’s degrees in mathematics and physical science from Hampton Institute in 1942.

After graduating from the Hampton Institute, now known as Hampton University,
Jackson taught in Maryland.

She joined the National Advisory Committee for Aeronautics (NACA), in 1951. She began her career there as a research mathematician, or computer, at the Langley Research Center in her hometown of Hampton, Virginia.

After five years at NASA and after taking several additional courses, she joined a special training program and was promoted to aerospace engineer.

She then worked to analyze data from wind tunnel experiments and real-world aircraft flight experiments. Her goal was to understand airflow, including thrust and drag forces. Many years later, she was assigned to work with the flight engineers at NASA.

Jackson worked to help women and other minorities advance their careers. After 34 years at NASA, Jackson reached the highest level of engineer that was possible for her without becoming a supervisor.

She decided to take a pay cut and change positions to become an administrator in the Equal Opportunity Specialist field. She worked at NASA until her retirement in 1985.

Hidden Figures will be out in theaters on January 13, 2017. There will be a preview at the Women of Color STEM Conference in Detroit, Michigan.