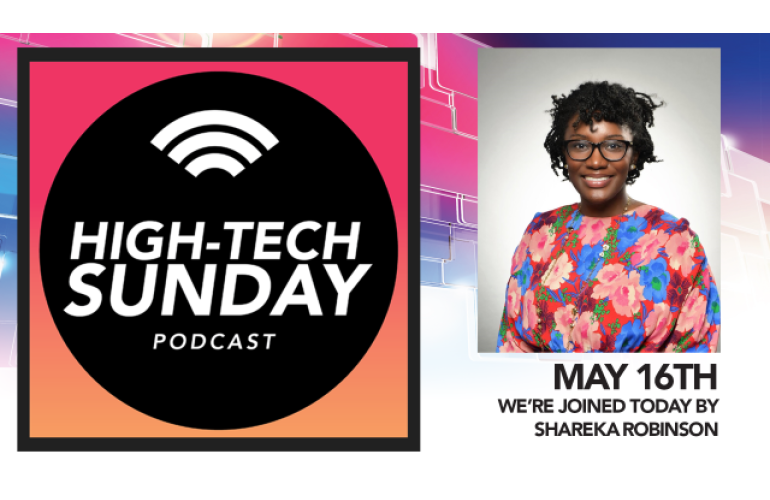 At a time when information technology (IT) is more critical than ever, Career Communications Group (CCG) launched a podcast called High-Tech Sunday.

CCG’s High-Tech Sunday showcases talent in science, technology, engineering, and math (STEM) through the lens of spiritual philosophies. For the 33rd episode, we sit down with Shareka Robinson to talk about inspiring the next generation of STEM leaders.

Shareka works for the Department of Defense. She started her IT career as a help desk/call center technician at Army Knowledge Online in 2002, after joining the Maryland Army National Guard. Throughout her career, she has held multiple technical positions supporting small suppliers, defense contractors, as well as state and federal government agencies.

Her interest in STEM sparked at age 10 when her dad bought a Packard Bell Legend computer with Windows 3.11 operating system. Shareka immersed herself in all there was to know about this personal computer (PC). She would carry around a floppy disk with Microsoft Works (which included a word processor, a spreadsheet, and a database management system) and open the files when she went to visit her grandmother, who also had the same PC. Shareka would often play “Minesweeper” and “Rodent’s Revenge” computer games.

After graduating from school, she decided to join the military.

Throughout her career, Shareka has always been one of the few women on a work team and there were many times when she felt alone. Now, she’s committed to bringing awareness to the lack of female representation in STEM fields.

Recently, she launched She.Loves.STEM, Inc., where Shareka hopes to inspire the next generation by providing an atmosphere where girls ages 11-17 in underserved communities are exposed to real-world, hands-on learning opportunities.

High-Tech Sunday’s weekly program is produced by and for Career Communications Group’s community in STEM fields, thought leaders, and students, to bring a concentrated discussion around technological advancements and achievements based on universal moral principles.

We cordially invite you to join us for the 33rd episode of the High-Tech Sunday podcast on Sunday, May 16 at 3:00 PM EST.

Shareka is the third female systems engineer to join us on High Tech Sunday. Check out previous podcasts withs Krystal A. Porter of Leidos and Demetria Hall from Lockheed Martin Aeronautics.