High-Tech Sunday | How STEM Professionals Are Making A Difference 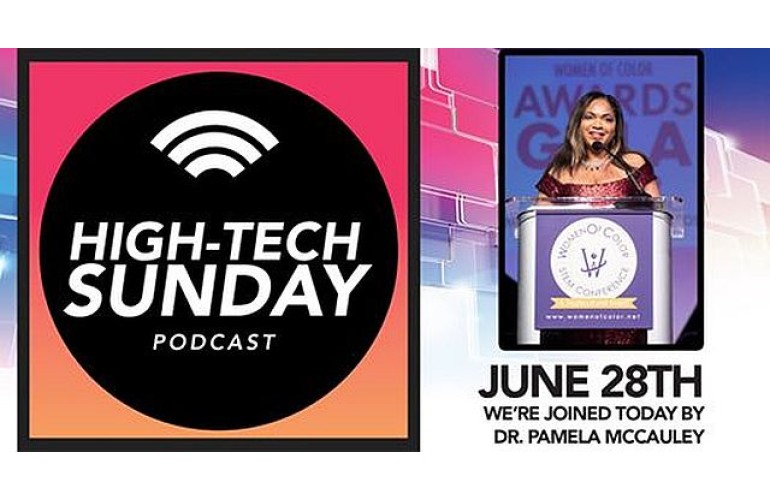 Dr. Pamela McCauley is the first academic who was selected for that honor. She talks about how she’s able to bridge the gap between people who work in STEM in industry and those in academia.

Below are excerpts from the interview:

Dr. Mark Vaughn: It’s always interesting to hear about a person’s journey. Those of us who are part of the Career Communications Group family, with Black Engineer of the Year and Women of Color, know that you are a somewhat of a fixture on the national scene. But, how is it that you got started in the area of science, technology, engineering, and math (STEM) in the first place?

Dr. Pamela McCauley: When I was a little girl, we would visit my grandmother in Oklahoma City in the country. And we would always, in the summertime. beg to sleep outside on the patio on the roll-away bed. And that’s when I would look up and gaze at the stars. I absolutely fell in love with the constellations and wanted to know what stars were made of and that really began my love for science.

And then of course, my father always made sure we took math. So we had to take math courses every year, whether we needed them or not. I enjoyed math as well. So, I think I had the foundation to be comfortable with a STEM major early on. My father told me that I was smart so I should become a doctor. So I started out as premed. While I loved science and studying the human body, I realized pretty quickly that I didn’t like the sight of blood. And it probably wouldn’t be a good idea for me to study medicine.

How she got into industrial engineering

What is it that you are focused on in your research as it pertains to bio mechanics these days?

“In some of the recent research that I did, I’ve studied the bio mechanics of body-worn camera for law enforcement officers. Of course, that’s something that’s very timely as we think about what’s going on today. A lot of times, people don’t think about the science that has to go into some of these decisions. That is if they are made well. The reason that I got involved was because at my former institution, the University of Central Florida in Orlando, the Orange County sheriff’s office was considering implementing body worn cameras. So they wanted to have a study done to look at the different types of body-worn cameras as they were making these decisions.

“We all know the tremendous advantages of body-worn cameras. For example, one of the primary reasons they are used is because they include officers facing. But they also increase evidence quality, and then they reduce the number of civilian complaints. Also they reduce an agency’s liability because they you do have actual footage. Because if you have five people seeing the same thing, you’re probably going to have five different stories told. But if you have that camera there, that provides some additional assurance.

“I was really excited to do that study and I had officers in my ergonomics class. So we were actually having them do many of their maneuvers that they would do, such as running and jumping off a treadmill as if they were going to apprehend someone as they would do. Then we’ll evaluate how the body worn camera could stay in position and still collect the kind of information that was needed. That, I felt was a real contribution, and some of the things I loved to do in research that is going to be easily translatable so that it could make a difference.”