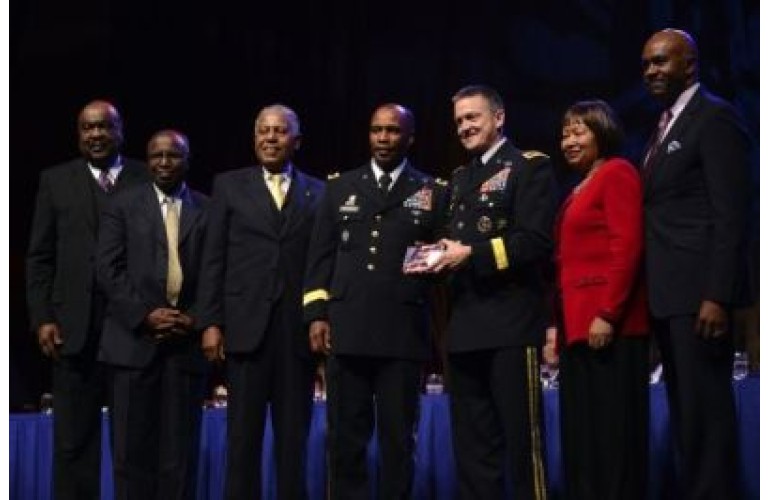 Approximately 160,000 active duty service members and 110,000 National Guardsmen and reservists’ transition to civilian life each year. But for too long, veterans were patted on the back for their service and then pushed out into the job market alone.

In 2010, a Department of Labor report found nearly 1 million unemployed veterans in the United States. The average unemployment rate among returning veterans was 11.5 percent–one in ten couldn’t find a job to support their family, didn’t have an income that provided stability or work that provided them with the pride that is so critical to their transition home.

The following spring, Senator Patty Murray (D-WA) traveled throughout Washington State to talk to veterans, employers, and experts about the barriers veterans face in finding employment. In May 2011, Murray, chairman of the Senate Veterans’ Affairs Committee, introduced the basis of a comprehensive bill to put America’s veterans back to work. The legislation was designed to provide job skills training as veterans left the military and by easing the training and certification process veterans face. The bill came on the eve of Veterans Day 2011-at a time when nearly one million American veterans were unemployed.

The VOW to Hire Heroes Act made the Improving the Transition Assistance Program (TAP) mandatory for most service members transitioning to civilian status, upgraded career counseling options, and resume writing skills, as well as ensured the program is tailored for the 21st Century job market. The bill allowed service members to begin the federal employment process prior to separation in order to facilitate a seamless transition from the military to jobs at Veteran Affairs, Homeland Security, or other federal agencies.

The bill required the Department of Labor to take a hard look at what military skills and training should be translatable into the civilian sector, and work to make it easier to get the licenses and certification our veterans need. Tax incentives of up to $5,600 were provided for hiring veterans, if the veteran has been looking for work for six months or longer and up to $9,600 for hiring disabled veterans.

Recently, a story in the Washington Post which appeared on Veterans Day showed that although the jobless rate for all U.S. veterans was just 6.9 percent in October-slightly lower than it is for the population as a whole–the unemployment rate for veterans who have served since 9/11 stood at 10 percent, with 246,000 out of work.

“That’s the same rate as it was a year ago, and it’s a higher jobless rate than it is for non-veterans, after adjusting for age and demographic factors. That is, even when you factor in the dismal U.S. economy, recent veterans are still having trouble finding work,” the Post’s Brad Plummer wrote.

A February 2013 report prepared by the National Economic Council and the President’s Council of Economic Advisers, with assistance from the defense, treasury, health and human services, and labor departments, Veterans Affairs, transportation, the Domestic Policy Council, National Security Staff, and the Office of the First Lady, discussed the challenges that confront service members, military spouses and veterans in establishing their qualifications for civilian employment.

Frequent moves combined with different requirements for occupational licenses across state lines can make it difficult and costly for spouses of active duty military to find a job, the report said. Adding that despite having valuable experience, veterans frequently find it difficult to obtain private sector recognition of their military training, experiences, and skill sets through civilian certification and licensure. This also makes it difficult for the private sector to capitalize on the resources and time spent training and educating service members.