Hope and Joy encourage more girls to take up STEM 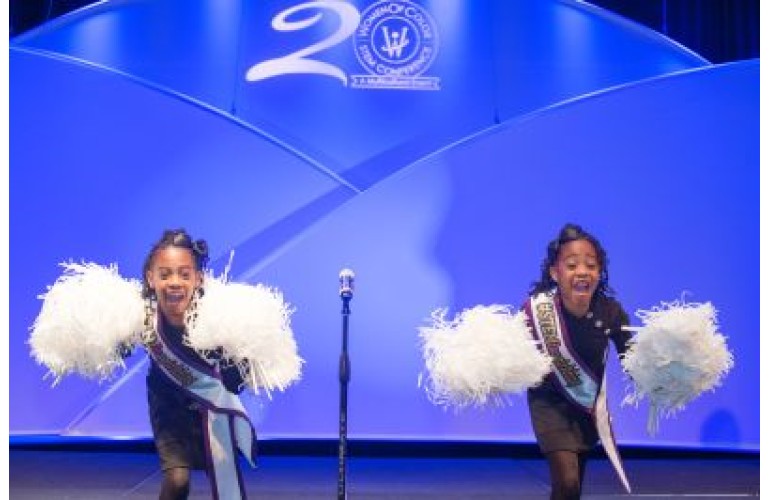 The 11-year-old twin girls were the buzz at the Women of Color STEM Technology Recognition Luncheon, a mainstay of the annual conference, which marked 20 years of celebrating leading women scientists, technologists, engineers, and mathematicians.

The aim of having girls as ambassadors of the Women of Color STEM social campaign is to get more girls into science, technology, engineering, and math (STEM).

“Jumping into a male dominated field is not easy, but you did it. We would not have achieved it without the determination to succeed,” said emcee Sonya Sepahban, a retired General Dynamics Land Systems senior vice present and the 2012 Women of Color STEM Technologist of the Year.

“But more needs to be done to encourage STEM workers,” Sepahban added. “That’s why we’re hearing a lot about this new initiative Stem is a girl thing,” she said.

The aim of having 11-year-old twin girls as ambassadors of the #STEMISAGIRLTHING campaign is to get more girls into science, technology, engineering, and math (STEM).

According to the National Science Foundation (NSF), girls are taking mathematics and science courses at similar rates as their male peers, with the exception of physics and engineering, and are performing well.

However, gaps in mathematics and science achievement persist for minority and low-income students.

Incorporating some math into the 20th-anniversary recognition event, educator Kendall T. Harris told the audience made up of K-20 STEM students, professionals and employers about some number crunching he’d been doing.

Harris is dean at Prairie View A&M University’s College of Engineering and leads a college of more than 900 students of which 42 percent are women.

The engineering dean said his goal was to increase that number by encouraging more students to explore STEM, and to be a part of STEM education programs, so they can begin developing their interest in STEM fields.

Millennium students are faced with many more challenges than students of 20 years ago resulting in a lack of interest and preparation in the STEM fields of study, Harris notes on his college’s welcome page.

In a Prairie View A&M University paper assessing the impact of STEM enrichment programs on women of color, the university touts its success in tapping talented students of color and women by providing them with research and scholarly opportunities to pursue STEM fields of study.