How a $25M grant helped create jobs in Cyber Security 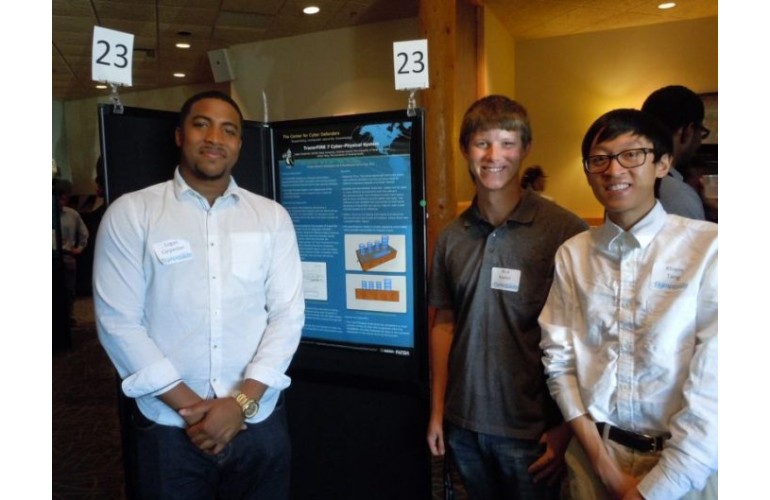 By 2021, Cybersecurity Ventures, a leading researcher covering the global cyber economy, predicts there will be 3.5 million cyber-security job openings. Over the past four years, Sandia National Laboratories has been quietly training and hiring college grads like Logan Carpenter (left) through a little-known program known as CECOR.

CECOR (the Consortium Enabling Cybersecurity Opportunities & Research) started back in 2015 when the Virginia-based Norfolk State University became the site for a big White House announcement: The Department of Energy had a $25 million grant to support cyber-security education and develop talent over five years.

Logan earned his bachelor’s degree in computer science at Norfolk State in 2017 when the United States employed nearly 780,000 people in cyber-security positions. He did his first internship at Sandia and is the second student from Norfolk State to land a job at the engineering and science laboratory under CECOR.

Logan reckons the grant for the cyber-security corps became available about eighteen months before he stumbled upon the program.

“When I was at Norfolk State, I had a class project, and I did well,” recalled Logan in a recent Career Communications Group podcast with Black Engineer magazine’s Rayondon Kennedy and Lango Deen. “The professor was impressed and she said ‘keep working, and we’re going to try and get you some opportunities.’ Fast forward a year later; I had a part-time job at the school sitting at the front desk of the Computer Science department. One day, one of my professors walks in and asks me to help move some laptops to another building. Through that, he probably saw the potential I had. He said, ‘I’d like you to apply for scholarships and do some research for me.’

Logan won a CECOR scholarship during his junior year.

“That’s how I ended up here because of the relationship that Norfolk State had with the national laboratories,” he said in the podcast.

Initially, Sandia turned Logan down when he applied for the first internship. “I was upset about it because they took two other students over me,” he said with a chuckle. But a week later, Logan got another call from Sandia. After that first summer internship, he went on to land an assistantship on campus with a Norfolk State professor who had heard good things from Sandia. During his senior year, Sandia offered Logan a scholarship through their master’s Fellowship Program, which took him to Georgia Tech the following fall. Both the assistantship and scholarship were funded by the $25 million CECOR grant.

“I got the opportunity, and I performed well,” Logan said. “Having a master’s degree allows you to get research experience. The work we do here is bleeding edge, and more than 90 percent is research-based. We’re here to innovate, to push the industry forward and protect national infrastructure,” he added.

Rewarding work wasn’t a driver for Logan at the beginning. But after the first internship at Sandia, their workplace culture provided new career goals for the young cyber-warrior.

“You start to hear success stories of the lab and think how if some of these accomplishments didn’t happen, America wouldn’t be such a great country,” Logan said.

“They made me comfortable because a lot of those guys are from HBCUs as well,” Logan said. “They created a little community, and some of my best and closest friends are people I met here during internships. It’s a whole ecosystem, and they do a really good job of accepting people. You can be from somewhere completely different and still call this place home.”

But how did a high school chicken farmer from Madison County develop an interest in cyber-security?

“Growing up in rural America, the kind of jobs you have are already set for you,” Logan explained in the podcast. “If you want to make money, you can’t avoid manual labor.”

During high school, Logan worked as a farm head on many different farms. When he went off to college about 200 miles away, he would come back home during the holidays to the same jobs as a painter, landscaper, and chicken farmer. As a kid, Logan recalls how much he was into science. He watched Discovery and the Science Channel on television.

“My favorite show was MythBusters, and I used to think I wanted to be an aerospace engineer,” he said. “ I was a good math student, not a great math student, so I knew I had to find something that would suit me better. My uncle who worked for a government agency at the time said he’d heard good things about cyber-security so I should check it. I was always fascinated by computers, so I decided to jump into it.”

AMIE (Advancing Minorities’ Interest in Engineering) is a non-profit organization whose purpose is to expand corporate, government, and academic alliances to support programs to attract, educate, graduate and place underrepresented minority students in engineering careers.

The Black Engineer-AMIE survey looks at how HBCU engineering deans rate the support of industry partnerships. Sandia is one of the employers that consistently do well in the top supporters’ list published annually in US Black Engineer magazine.

Sandia, which works to create a secure energy future for the United  States,  is also focused on developing the software tools that detect and contain threats to networks, as well as teams that understand network vulnerabilities in both foreign and domestic systems. In Dec. 2018, Logan graduated from the Georgia Institute of Technology (Georgia Tech) with a master’s degree in Cybersecurity. He’s now back with Sandia full time, focused on researching ways to improve cyber-security of critical infrastructures such as airports, hospitals, and power grids.

“I highly recommend pursuing your education in information technology or computer science,” says a CEO of a managed security services provider in a recent Cybersecurity Jobs Report. “There is a zero-percent unemployment rate in cyber-security and the opportunities in this field are endless.”