How a mechanical engineer landed his dream job 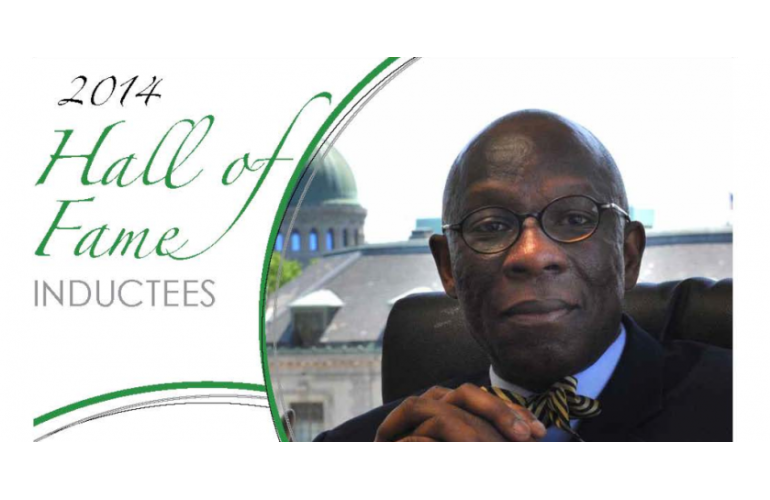 Midshipmen he mentored through independent research projects at the U.S. Naval Academy described Oscar Barton, Jr. as someone they admired and sought after as an educator and counselor in study clubs.

In his 2014 Career Communications Group Hall of Fame citation, the man who was the first Black engineer to gain the rank of tenured professor at the Naval Academy—and the first within the academy’s Division of Engineering and Weapons—is recognized for serving as a role model during his 22 years teaching future leaders of the Navy and Marine Corps.

Barton Jr.’s father, a World War II and Korean War veteran served in the U.S. Army and the Air Force corps. Although Dr. Barton’s childhood experiences are rooted in the neighborhoods of Baltimore and the District of Columbia, they’re forged by the aspirations of his father, who grew up poor in the Deep South, and whose sacrifice and military service to the United States would be overshadowed by Jim Crow, a racist depiction of Blacks that morphed into the most insidious form of discrimination, encouraging institutions to exclude people of color from public facilities, leaving millions without legal recourse against these assaults on their civil rights.

Speaking to Black Engineer magazine online in July 2020, Dr. Barton said his worse days don’t even compare to his father’s in that era of overt racism. Still, Barton Sr. and his wife put their son through colleges and universities, founded with the purpose of providing Black people—who were prevented from attending predominantly White colleges and universities—with education and training.

During the past decade, Barton, Jr.’s son, Owen, earned a bachelor’s degree in electrical engineering from the University of Maryland, College Park, and now works as a software engineer, while developing and producing music for DMV (District of Columbia, Maryland, Virginia) rappers and hip-hop stars like Wale and Logic. Tyler, Dr. Barton’s first daughter and second child, recently earned a master’s degree from George Washington University and is headed to Howard University to study health policy.

“My youngest daughter is now studying computer science in Maryland,” Dr. Barton said, adding that his generation and that of his children are blessed in terms of opportunities. “We have a responsibility to ensure others are afforded opportunities we’re afforded now,” he said. “It’s imperative to pass on what we’ve learned to the next generation,” he said.

‘What engineering is all about’

Dr. Barton also thinks his experiences at Tuskegee and Howard universities gave him perspective on what engineering is all about.

“At Tuskegee, Booker T. Washington’s vision of education for African Americans stemmed from the fact that we became doers and artisans. So, I did a lot of experimental work there,” Dr. Barton recalled.

When he joined Howard University after earning a bachelor’s degree in mechanical engineering from Tuskegee in 1984, Barton Jr. was exposed to an institutional philosophy driven by W. E. B. Dubois, the civil rights activist, educator, writer, and poet. Throughout his career, Dr. Barton has welded the traditions of making things with critical thinking in engineering, science, the humanities, and literature.

“Once I had a fear of math,” he once told Black Engineer magazine. “I didn’t pass a math test that I took, and I was afraid I couldn’t be a success,” he said. Almost thirty years on, Dr. Barton has no trouble putting himself in the shoes of a young child struggling with STEM, because he has learned that mistakes are just as instructive as success.

“We’ve capitalized on the acronym STEM for many years,” Dr. Barton said. “STEM is reflective of the tools in which we do our job, in which we do our craft. What we need to pivot to now is those attributes that allow us to do our craft best,” he said. Those attributes are creativity, passion, and risk taking (or CPR). “So, very rarely will I promote STEM now without promoting the new acronym: C.P.R.,” he explained.

Dr. Barton hopes to extend personalized learning in the engineering school at Morgan State to other colleges in the university.

“Many of our programs have a set of core experiences, core requirements. We have restricted electives to be taken only within engineering schools, but this personalized learning gives us an opportunity to prepare technically and provide the catalyst for their passion and more creativity,” he said.

Dr. Barton believes that encouraging students to seek out opportunities in various faculties at Morgan will help push creativity and innovation.

“I’d like our program to say, here are the requirements to be a civil engineer, to be an electrical engineer, industrial engineer, or a transportation engineer. Here’s what you can do if you’re also interested in public policy, education, or business, and how you can take elective courses in those schools. So, what you now have is a student that’s technical savvy but worldly in terms of their experiences. That will provide them the best opportunity to succeed in a rapidly changing world,” Dr, Barton said.

The incoming engineering dean at Morgan State University also plans to reach out to other academic deans across Morgan to build interdisciplinary activities that will capitalize their experiences and build the School of Engineering as well.

“Working with the catalyst of President David Wilson and Provost Lesia Crumpton-Young will give me the catalyst for what we need for the School of Engineering,” Dr. Barton said. “Our economy is moving to a technology-based innovation, which means we need to begin to leverage the programs and opportunities to prepare our students to be flexible and innovative in the emerging economy. Working with the department chairs we will continue to build curriculum innovation and research enterprises to prepare our students to create new knowledge and practice engineering when they graduate,” Dr. Barton added.

In 2020, he cautions that universities now have to do more with less, but still be held accountable for the same expectations, statistics, and things produced in the past. Going forward, “we have to be creative,” Dr. Barton said. “We have to bring in industry parterners to help us leverage what we’re doing in the classroom, what we’re doing in research. We have to build a sense of philanthropy within schools.”

‘Prepare for the Upward trend’

Earlier this year, Morgan State suspended face-to-face classroom instruction. For the remainder of the spring semester the university announced it had implemented remote learning/instruction through the use of distance learning platforms. While the university remains open, the campus was closed with limited operations available.

“We’re working in an environment where COVID-19 has forced us to be flexible,” Dr. Barton said. “We’re working in an environment where social unrest is going to be a mainstay going forward. So, I will learn best how to adapt our school, how to adapt our faculty, and work with our students in this tough environment. So that when we’re in an upward trend it’d be so much easier to be flexible and creative.”

Dr. Barton also noted that stepping into his new role on August 17 feels a little “scary,” because Dean Eugene DeLoatch has been “a champion for everything Morgan and for everything engineering.” As the first African American president of the American Society for Engineering Education, Dean DeLoatch spent his year at the helm of the organization founded in 1893, promoting engineering education at historically Black colleges and universities to the nation.

“He’s built a school that offers what I believe some of the best opportunities for the residents of Baltimore and Maryland to become part of this tech-savvy environment,” Dr. Barton said of the results of DeLoatch’s achievements and his legacy. “I will have to rely upon him as a mentor and for guidance,” Dr. Barton added. “I will be sorely remiss if I don’t.”

“Throughout my entire career, my dream has been to become a leader at an institution that has such a rich history,” said Dr. Barton. “I get to do this at Morgan State University taking on the legacy of Deans DeLoatch, Craig Scott, and Michael Spencer” he said. Dr. Scott, a professor and chair of the department of electrical and computer engineering, served as interim dean of the School of Engineering at Morgan State from February 2018 to August 2020.

■ ‘I can’t do it alone. And you can’t do it alone.’ Focus on the fact that we’re a team.
■ ‘Those who will succeed are those who will take risks.’ STEM = Creativity + passion + risk taking (CPR)
■Truth, logic, and knowledge creation beat cynicism, mistrust, and denial of science.
■Value diversity of thought and experiences everywhere.