How HBCUs are honoring Dr. King’s life and legacy 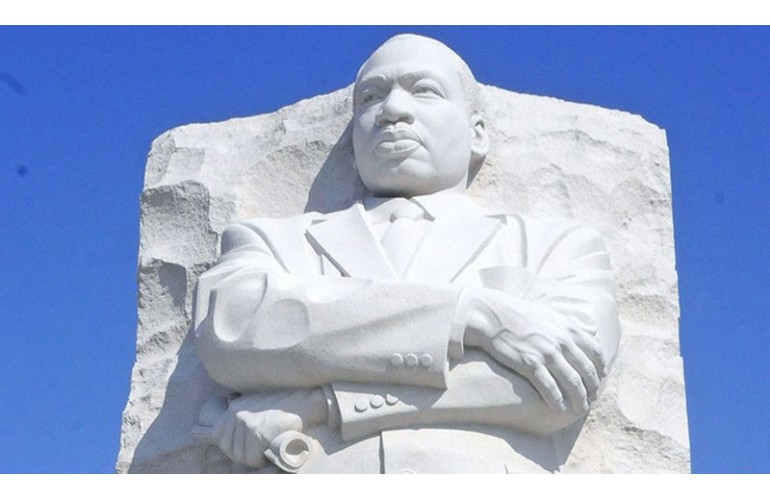 As the nation observes what would have been Martin Luther King Jr.’s 90th birthday, Morehouse College, his alma mater, has announced a series of events.

“The annual observance of King’s life provides opportunity to engage with his words, writings, and actions as we remain committed to transformational leadership and a better world,” said Dr. Vicki Crawford, director of the Martin Luther King Jr. Collection, in a statement.

The exhibit, “The Meaning of Hope: The Best of the Morehouse Martin Luther King Jr. Collection” will showcase letters, photos, speeches, cards, and other documents from the life of the iconic civil rights leader.

King graduated at the age of 19 from Morehouse with a bachelor’s degree in sociology. King Month activities will continue on the campus of Morehouse College through Jan. 31.

The Margaret Walker Center at Jackson State University announced that Lottie Joiner  (photo inset) will be the keynote speaker for the 51st annual Dr. Martin Luther King Jr., Birthday Convocation at 10 a.m. on Friday, January 18 on the JSU campus. Joiner is the editor-in-chief of The Crisis magazine, the official publication of the NAACP.

Members of the Tuskegee University campus and surrounding communities will unite on Monday, Jan. 21 to mark the annual Martin Luther King Jr. Day observance. The convocation will be the first of many Faith Week events that celebrate the university’s religious and cultural diversity.

On Wednesday, January 23rd, North Carolina A&T State University will hold a Joint Program with the University of North Carolina at Greensboro. The keynote speaker, Ilyasah Shabazz, is the third
daughter of Malcolm X and Betty Shabazz, author, community organizer, and social activist.