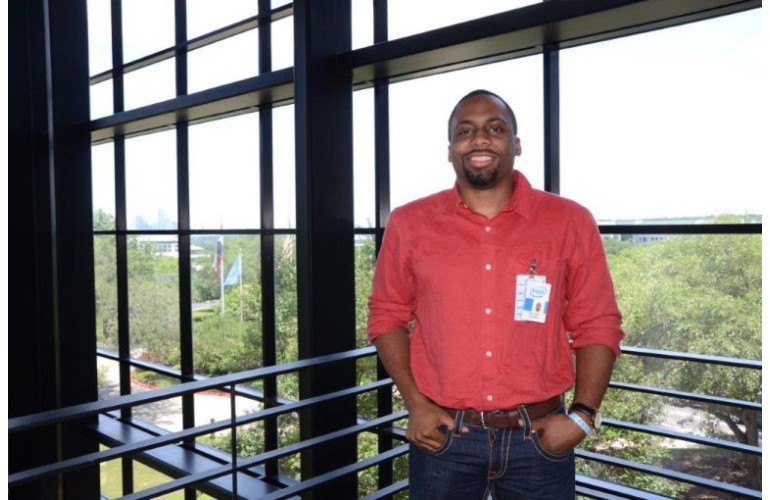 Across the country, many college students waited until the end of the spring semester to begin thinking about how to spend their summer. However, forward-thinking students planned early applied to companies and programs throughout the year, and by the close of the 2014-2015 school year, had their plans lined up.

Many students turn to internships as a way to gain work experience, to help them determine if their area of study is what really interests them, and to find companies where they may be able to turn summer work into a future full-time job. It’s also a way to earn money for the next school year.

Here are a few students who turned summer vacation into a time to gain rich, life-changing experiences:

She worked under the mentorship of Dr. Steven Lulich, assistant professor in the Speech and Science Department. She worked on a project investigating the mechanics of the tracheal walls in response to acoustic (air) pressures in the trachea. Welch was working in collaboration with another member of the program on an additional portion of the project where they were expected to develop 3D image processing on vocal tract structures.

Welch, who is majoring in civil engineering and is a 2015 BEYA Leadership Award winner for athletics, said it was a classmate who took part in the same program last year who made her aware of the research program.

“I hope not only to add to my research experience and broaden my knowledge base but also to discover new ways to apply the knowledge I have acquired in the classroom to fields that are not traditionally civil engineering but still utilize similar principles,” said Welch.

Welch said her ultimate goal is to acquire her professional engineering license and pursue a career focusing either on water resources engineering or water and wastewater treatment engineering.

“It is also a dream of mine to later in life teach an engineering course at a college or university because the act of teaching and giving back provides a feeling of personal fulfillment,” said Welch.

Few young people have had such a chock-full summer as Christian Nattiel, a cadet at the United States Military Academy at West Point.

For the first three weeks of summer, he participated in Cadet Leader Development Training, where he conducted field training exercises to experience maneuvering a platoon (30-40 soldiers) under fire to complete a mission.

“This experience will allow me to develop military competencies and the confidence to effectively manage the welfare of future soldiers,” he said.

After that, he flew to Washington, D.C., to intern with Congressman Steve Chabot from Ohio for three weeks. “This is part of a Kimsey Scholars program that provides me the opportunity to work during the day with leaders in Congress and socialize during the evenings with some our nation’s premier leaders in public service,” said Nattiel.

During the last three weeks of his summer vacation, Nattiel traveled to Beijing, China, to study Chinese at Tsinghua University.

“Tsinghua is the Asian equivalent of our MIT,” he explained. “This experience will immerse me right in the heart of China’s political and cultural center, and it will improve my ability to utilize the Chinese language.”

Nattiel, who’s majoring in mathematical sciences and philosophy and is a 2015 BEYA Leadership Award winner for military leadership, is expected to graduate in 2017. He has both military and civilian ambitions.

“Ultimately, I hope to improve the human condition anyway I can by serving as an impact player in the lives of others,” said Nattiel. “I plan to serve as an Army infantry officer longer than my initial five-year commitment that I incur by graduating from West Point. After the Army, I aim to begin a political career by serving as an elected official. There, I can work inexorably to revitalize the American Dream.”

His diverse opportunities came about in diverse ways.

“Kimsey Scholars program was actually a surprise offer to me from our Department of Law here, and I just couldn’t turn down the opportunity. As far as my study of Chinese in Beijing, that was an opportunity I secured by earning top marks throughout the year in Chinese I and Chinese II at West Point.”

At the start of the summer, the St. Petersburg, FL, native said he hoped “to become a more cultured and well-rounded leader” as well as gain “an understanding of patriotism from a civilian perspective instead of from a military perspective.”

Four summer internships have paid off handsomely for Melanie Tolbert.

Tolbert’s first full-time career position came about after she made initial contact with a company representative on campus. Later, she was invited to interview with Lockheed Martin at the Black Engineer of the Year Awards Conference in Washington, D.C.

However, she credits the varied experiences she gained interning for preparing her for post-graduate employment.

During the summer of 2011, Tolbert completed an internship at the University of Kentucky performing research. In 2012, she interned with the NASA Ames Research Center as a lab-on-a-chip development engineer. During the summer of 2013 she completed a research-based internship at Florida International University, and in 2014 she interned with the Centers for Disease Control and Prevention in the Center for Global Health.

Asked what she hopes to gain from her position with Lockheed Martin, Tolbert said, “I am looking forward to a challenging yet exciting experience, where my leadership and management skills and creative problems solving techniques will be applied to assist my department (and the company as a whole) in advancing efficiently and productively. I am also looking forward to establishing powerful networks and meeting mentors within Lockheed Martin.”

“In order to maintain my technical ability and foster the continuous growth of my leadership skills, I intend to enroll in Lockheed’s Engineering Leadership Development Program (ELDP), an intensive three-year rotational program that allows employees to develop their technical and leadership skills and sets them on the fast track to leadership roles within the company,” she said. “Upon successful completion of the ELDP, I would like to matriculate into a managerial role.”

A native of Tuskegee, AL, Tolbert is a 2015 BEYA Leadership Award winner for research.

“As a member of NSBE [National Society of Black Engineers], I was introduced to the recruiting team,” shared Swain, explaining how he learned of the internship.

Asked what he learned from the experience, Swain said, “The ability to communicate ideas effectively and motivate team members.”

Swain is a 2015 BEYA Leadership Award winner for research.

Swain, a native of Houston, has ambitions to one day be the owner of a start-up company.

After graduating with a bachelor of science degree in applied physics from Florida Agricultural & Mechanical University, 23-year-old Benin Saffo spent her summer trying to make up her mind-graduate school or beginning a professional career.

She’s fully prepared to do either.

Saffo, a 2015 BEYA Leadership Award winner for community service, comes to this crossroads after completing her coursework as well as her internship during the summer of 2014 at PepsiCo as a future leader supply chain operations M&W production intern in Jacksonville, FL.

“During this opportunity, I provided support to each supervisor’s team for testing activities and defect resolution by designing a schematic representation of all relevant operations occurring during the process flow of the blend system for the Bottle and Can Line Production Facilities,” said Saffo.

“My results contributed measurable flow rates and other experimental techniques that will aid and benefit on a current Lean Six Sigma Project in future diagnostic planning and trouble-shooting and develop mitigation strategies to minimize issue impact.”

“Working for Pepsi was a very rewarding experience,” said Saffo. “This is an ever-changing company with a long American history of the innovation of the product as well as the leadership of the business. There is always something new developing at Pepsi. During my internship, I did three rotations; the first one was on the production side, the second was in the warehouse, and the last one was done on the sales side. Each division was very different, and all had their own style to accomplish each individual mission to reach the same common goal.”

Saffo said that during her internship, she gained a reputation. “Most of the people I worked with daily would call me ‘the girl who asked all the questions.’ I wouldn’t ask just one question but had several follow-ups, wanting to know what, when, where, why, and how that particular thing operated.”

Saffo’s career goal is to “travel the world while being a seasoned professional within a technical corporate company that will allow me to effectively and professionally contribute my creative, technical, and analytical skills to…help the people in our everyday communities.”