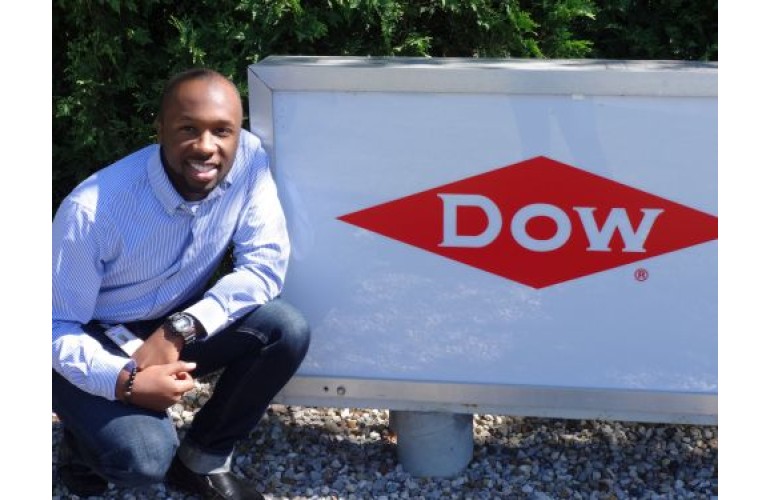 A summer job might be a good way to earn some cash, but a summer internship is a great way to gain invaluable experience and insight. Many students spent their summer vacation interning in offices and labs and learning what their future may be like when they fully enter the workforce.

Officials who run these programs say students are challenged in ways they often haven’t been in the classroom and walk away with experience, knowledge and refined skills that can give them a leg up when they compete for jobs or move on to graduate school.

Stony Brook University has an internship program that brought 13 students to their New York campus this year.

“Our program brings a lot of added value through outside speakers and seminars (including on the broader impact of nanotechnology in our lives and the ethics and societal view of nanotech), as well as through our professional development and research skills classes, grad school prep, and great activities (including a tour of Brookhaven National Lab and their center for functional nanomaterials. The fellows loved it!),” Gary P. Halada, associate professor at Stony Brook, said in an email.

The University of Georgia (UGA) sends one to three students each year to Puntarenas, Costa Rica for eight to 12 weeks as interns to conduct sustainability audits at its campus there.

This summer, Jonathan Jones and Fred Perrin, both recent graduates from the UGA College of Engineering, built an extensive carbon calculator spreadsheet tool for UGA Costa Rica and then calculated a baseline estimate for UGA Costa Rica’s net carbon emissions.

“Our sustainability interns gain hands-on experience in research design, data collection, and analysis, and must employ critical writing skills to convey findings in a format that is appealing to both a scientific and a lay audience,” said Quint Newcomer, Director of the University of Georgia (UGA) Costa Rica.” Their fieldwork is largely independent of daily direct supervision, and is carried out in teams; thus, they gain experience and skill in terms of time management and teamwork on a project-driven assignment.”

Newcomer said the interns were forced to “draw deep” on the knowledge they learned in other courses outside engineering and were challenged to carry out the work in a multicultural environment in which English was not the primary language.

Jerry Sanchez, supervisory electrical engineer at Holloman Air Force Base in New Mexico, said the program provides him and his colleagues the opportunity to have a steady stream of engineers ready for employment who have been field tested.

One of the program’s success stories is Kalyn Jones, 22, who now works with Sanchez. She was hired as a full-time employee in May 2013 after completing SMART and her studies in electrical engineering at New Mexico Tech.

“It’s a great deal,” said Jones, adding that she didn’t have to worry about looking for a job during her final year of college.

SMART requires that students agree to give the government one year of service for each year of tuition that was paid through the program. Jones, who signed a contract to work at Holloman for three years, said it’s a worthwhile investment.

Financial reward was not a factor in Jonathan Jones’s decision to put off starting his full-time salaried career in favor of an unpaid summer internship.

Jones, who graduated from the University of Georgia (UGA) with a bachelor degree in biochemical engineering, had been hired by a subsidiary of the Dow Chemical Company and they wanted him to come on board shortly after his graduation in May. However, Jones put off starting work until mid-July so that he could go to Costa Rica as an unpaid intern.

And he convinced UGA’s program organizers that it would be beneficial to add another intern to the project–an environmental engineer. At the Monteverde Cloud Forest this summer, the two interns conducted carbon footprint analysis and developed a carbon calculator spreadsheet tool.

“Experience is something you can’t put a dollar amount on,” said Jones. “What better way to give back to the university that I went to for the last four years. The knowledge gained was invaluable.”

He said interning in Costa Rica was “an opportunity of a lifetime” and that he desired to “dig into something that I didn’t have any experience with. I knew nothing about carbon emissions.

On July 14, Jones began his job with Dow AgroSciences LLC in Harbor Beach, Mich., as a fermentation product engineer.

“Go after any opportunity, no matter how big or small,” said Jones. “You never know what might come out of it.”

In fact, he points to the intern he worked with this summer as an example. That intern was offered an opportunity to interview for a position with a Costa Rican company.

This is Jones’ second internship. In 2012 he went to El Salvador to help build water systems with Engineers Without Borders.

For Kenneth Davis, 20, interning this summer may be an experience that changes his career path.

The 20-year-old senior at Morgan State University is now thinking of heading in a different direction in his career.

Working as an intern with the Exelon Generation Corporation, Davis has spent the summer researching relay failures at nuclear power plants. He has studied reports and identified when mechanical relays have quit functioning so that maintenance strategies can be addressed in a more efficient manner, Davis said.

Exelon is one of the country’s largest power generators and delivers electricity and natural gas to 6.6 million customers in Maryland, Illinois, and Pennsylvania.

He said he enjoyed the work so much that he didn’t mind the hour drive from his home in Baltimore to Kennett Square, Pa.

“It’s been great,” said Davis, noting that he’s enjoyed the work environment and his co-workers.

“They want you to ask questions. They’re very supportive, very friendly. I like coming to work.”

The Morgan State University senior is pursuing an electrical engineering degree and was previously interested in the power track. Now he’s thinking of heading into the nuclear energy field. And he is also interested in working for Exelon after he graduates in fall 2014. Davis said Exelon offers interns interviews for full-time employment.

One of the highlights of his summer was being sent by Exelon to the Peach Bottom Atomic Power Plant in Pennsylvania. He saw the room where spent fuel bundles are kept and said he appreciated actually seeing how a nuclear power plant runs and how different equipment comes together to power homes in the area.

ValaRae Partee truly believes in the benefits of interning. She spent this summer working at her third internship since going to college.

This year she conducted research at Stony Brook University in Stony Brook, N.Y., focusing on nanotechnology. Specifically, she investigated how to clean heavy metals and contaminants from the environment and how to do it efficiently.

Partee, 21, a senior at the University of Georgia, said interning has been extremely beneficial to her in a number of ways.

“It’s made me narrow what I do and don’t want to do,” said Partee. “Also I’ve learned how to work with people better.”

She also said she has enjoyed doing research projects.

“Research forces you to learn things you might not have,” said Partee. “You learn at a fast pace. It expands your mind.”

Partee, who is pursuing a bachelor degree in environmental engineering, describes her internship at Stony Brook as her most difficult internship.

“I had to learn a lot that was not related to what I am doing in my major,” she said.

While most of Partee’s research has been fulfilling, she had one devastating event occur this summer which taught her a valuable lesson. The samples she had been meticulously collecting for several weeks were destroyed when another student accidentally dropped them on the floor. She had to start over.

The incident taught her patience.

“Things can change in an instant,” said Partee.

All of Partee’s internships have been learning experiences. Her first internship at Rutgers University in New Brunswick, N.J., involved trying to get bacteria to grow in the air. In her second internship at Georgia Tech University in Atlanta, she conducted research in the composition of aerosols.

Partee has been fortunate. All her internships have come with a salary or stipend. However, she advises students to intern whether or not a salary comes with it.

As for the future, after graduation next year, Partee has designs on getting a doctorate in environmental engineering from Duke University.

Kaleb Richardson might be described as an over-achiever at least in relation to internships. Richardson has scored three internships since leaving high school, working at Boeing in Washington, Exxon Mobil in Louisiana and Trinity Forge in Texas.

However, the internship Richardson, a mechanical engineering senior at Prairie View A&M University in Texas, completed this summer was a five-star experience.

Working at Chevron in Bakersfield, Calif., Richardson was tasked with analyzing data on wells to determine ways to make them more efficient.

Richardson said he hopes to gain full-time employment with Chevron after he graduates next year.

“I really hope to get hired on at Chevron as a drilling engineer,” he said. “I love drilling. Drilling is my heart and soul.”

Asked why he pursued multiple internships, Richardson said, “I want different types of experiences behind my belt.”

Ashley S. Kelsey, a senior at Prairie View A&M University in Prairie View, Texas, took on her second internship this summer at Holloman Air Force Base in New Mexico. She’s been shadowing instrumentation and test engineers at the base and working on a project collecting GPS coordinate data. Another project she was involved in is related to LED lights and creating a program to determine the resolution of input voltage when connected to an interface card.

Kelsey said she’s been very impressed with everything. She said she is the type of person who loves to learn “any opportunity to take in more knowledge is amazing to me.”

“Every day I am learning something new,” said Kelsey, who admitted she knew nothing about GPS prior to her work at the base. “Everyone I have worked with has been very supportive, even if they were busy.”

This is Kelsey’s second internship. In 2011 she was an intern at Rice University in Houston working in bio-engineering. There she assisted a chemical engineering graduate student who was investigating leukemia in patients.