How one HBCU hopes to build water resilience and sustainability 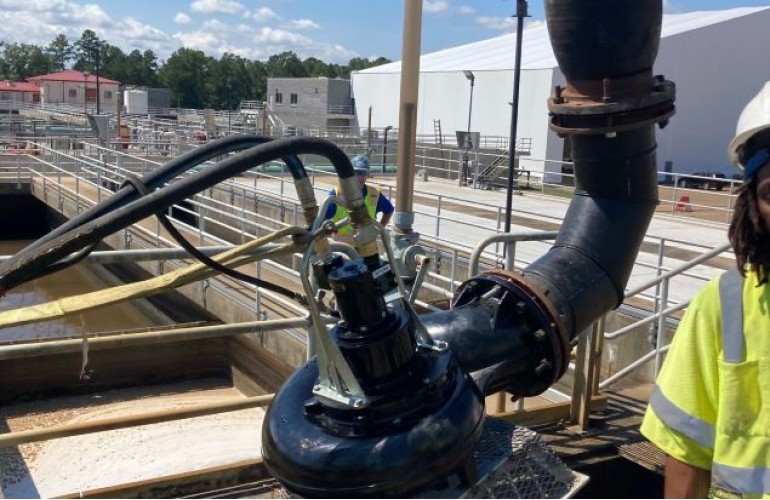 Last week, Jackson State University (JSU) announced that the historically Black college and university (HBCU) had received 1,000 cases of hydrogen-infused water from the president and founder of Hardy Beverages, LLC.

According to Jackson State Newsroom, the company donated the water to support the health and wellness of JSU students, faculty, and staff amidst the water crisis that plagued the city of Jackson for a number of weeks.

Earlier this month, NPR spoke with JSU President Thomas K. Hudson, a lifelong resident of the city of Jackson, Mississippi, about the crisis.

During the interview with the program’s co-host Leila Fadel, Hudson said the latest water loss affected JSU, businesses, downtown Jackson and the local school district. He also told NPR that recent challenges have been compounded by long-term neglect as it relates to the water system.

“Communitywide, people have really rallied around to provide drinking water and also water for daily use,” said Hudson, who was named president of Jackson State University two years ago.

On Aug 31, Tate Reeves, the 65th Governor of Mississippi, tweeted an update on the broken down pump at Jackson’s water treatment plant. “Thank you to the operators, delivery teams, and experts on the ground who are making these repairs to restore water for the people of Jackson.”

We are installing our emergency rental pump at Jackson’s water plant. Thank you to the operators, delivery teams, and experts on the ground who are making these repairs to restore water for the people of Jackson. More to be done, but the work is happening at an incredible pace! pic.twitter.com/nuv3o8wmXl

While the city’s treatment plant worked to restore service, the HBCU opted for virtual instruction and remote work, which relieved some of the pressure on the campus water system. Hudson said the university also plans to meet basic needs in the future.

“What do we need to continue our dining service? What do we need to provide drinking water? And then the sanitation facilities – portable showers, portable restrooms, but also introducing water into our system and into our buildings so our air conditioners – you know, we’re in the middle of the late summer in Mississippi, so the air conditioners have to continue to work,” Hudson told NPR.

Another long-term concern the president said was the ability to keep attracting students if basic infrastructure like water breaks down in the city of Jackson.

Jackson State is looking to provide a standalone water system, Hudson said on the program. He also told NPR that there is a need for federal, local, and state officials to come together, and for everyone to pull together because it’s not going to be a quick fix. Some reports said the total cost could be as high as a billion dollars.

“We know it’s not going to be an inexpensive fix,” Hudson said, “And we’re excited to see everyone pulling together in order to make that happen.” Take a listen to the full NPR interview: