How One Pilot Learned to Fly 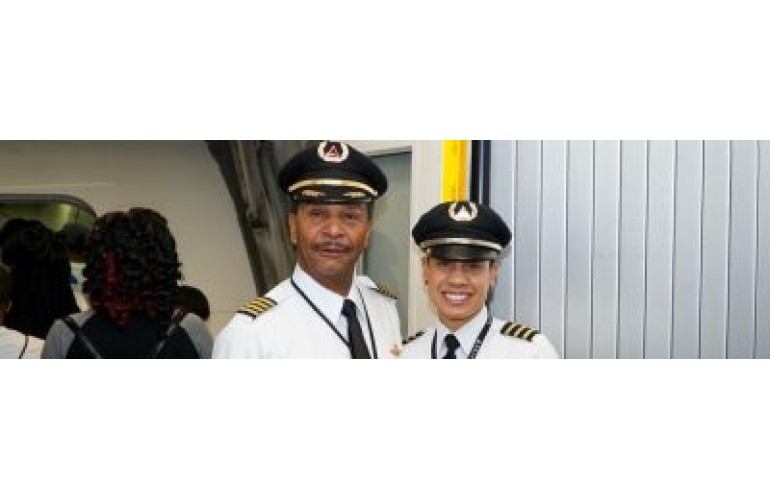 Detroit-based pilot Capt. Stephanie Johnson was honored as a pioneer in the “Delta’s Very Own Heroes” series during Black History Month.

In a recent interview with Delta News Hub’s Rachel Solomon, Capt. Stephanie Johnson, who has been a commercial airline pilot for 20 years, talked about her first taste of flying, being a history maker, and inspiring others to follow in her footsteps.

Johnson said she didn’t know any pilots growing up, but for as long as she can remember, she has been fascinated with airplanes.

She got her first taste of flying in high school. Her physics teacher mentioned that he had an airplane, and she asked him if he’d take students flying.

“He agreed as long as I could get a couple of my friends to come and pay for gas,” Johnson told Delta News.

“Taking off from Burke Lakefront Airport [in Cleveland] in his Piper Cherokee was the thrill of my life” she said. “Once we were airborne, he let me fly the airplane. I will never forget looking out at the horizon and Lake Erie over one wing and the city of Cleveland over the other.”

Johnson learned to fly in college, at Kent State University. She also became a flight instructor and today, their aviation program is still going strong.

As a history-maker, Johnson told Delta News that she feels a sense of responsibility to be a role model.

“When I was hired by Northwest Airlines, there were 12 African-American women airline pilots in the country at the major airlines, and I knew all of their names,” she said.

“Today is very different, and though there are still people to inform, I am so thankful that the word is out. This is a great career – it’s worth the hard work,” she said.

Captain Stephanie Johnson, trail blazer, congratulations on reaching the pinnacle of our profession. You did it. I’m proud to see you with your scramble eggs. Keep up the good work. I Hope our path will cross one day. Congratulations again,
Captain Gerald Higginbotham
American Airlines