How Raenaurd Turpin is helping to change the world 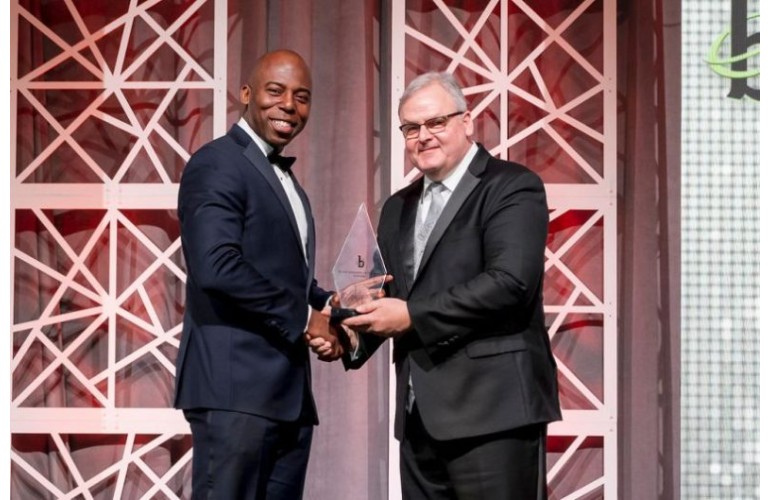 The former ASU defensive/running back has won many awards since, but on February 9 he received recognition as an industry legend at the Black Engineer of the Year Awards (BEYA) Gala.

“His skills and passion have helped revolutionize our satellite systems solutions. I can tell you from personal experience that great engineering requires a pioneering spirit and a relentless and resilient drive to push the envelope,” Boeing senior vice president of the Space and Launch division Jim Chilton told the gala audience at the 33rd annual BEYA STEM Global Competitiveness Conference.

“Raenaurd takes the attributes I describe and wraps them in a very humble spirit, which elevates everyone else on our team–customers, team, bosses. He works on projects that will change the world. He ’s overseeing the design of satellite constellations for humans on the planet who currently aren’t empowered by access to the internet.”

Turpin, who is Chief Engineer for Boeing Commercial Satellites and Common Products, smiled as he received the BEYA for Outstanding Technical Contribution.

“As the son of an aerospace engineer and army veteran from Tallulah, Louisiana, I was determined to become an engineer and determined to improve opportunities for the underprivileged,” he said. “At the age of 11, my brother and I lost a great father,” Turpin continued, praising his father’s inspiration and his mother’s teachings “to reach farther” than he can see.

Currently, he leads the development of the breakthrough that will bring high-speed internet access to three billion people in underserved areas. More than half of the total world population.

He is chief architect for the O3b mPower campaign. O3b stands for the ‘Other 3 Billion’ people in internet-underserved areas. The satellite constellation called O3b is designed for telecommunications and data backhaul from remote locations.

In September 2017, satellite provider SES, which is the parent company of O3b Networks, placed an order with Boeing Satellite Systems. Twenty satellites are expected to be in the constellation by March 2019. By 2021 they will provide coverage to an area of four-fifths of the surface of the Earth.

According to Turpin’s nomination package, his contributions in the O3b program, now valued at $800 million, have along with other commercial satellite contracts helped Boeing Defense, Space & Security capture more than seventy percent of the satellite market.

Since 2009, Turpin has served as a mentor with a science, technology, engineering, the arts, and math (STEAM) youth program and Seeds to Success in the Tower of Praise Church. He has served as an executive board member for the Boeing Black Employees Association and volunteered with the FIRST Robotics Team of Los Angeles Unified School District.