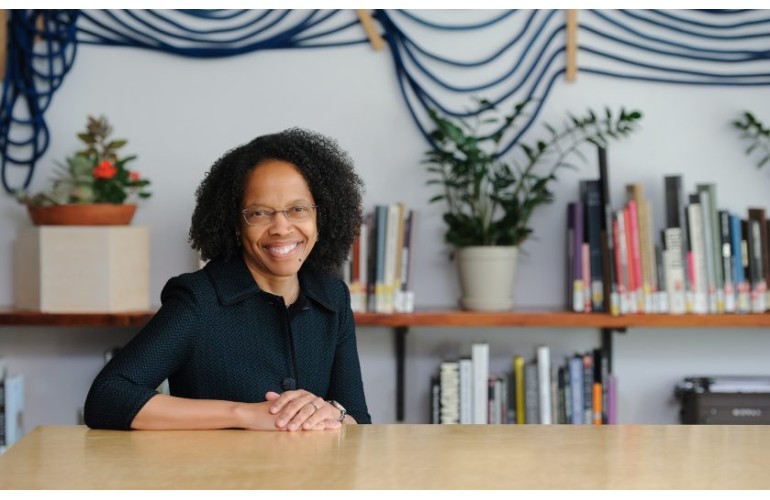 On February 12, The University of Maryland broke the news on Twitter that Darryll J. Pines is the new President of the University of Maryland. Dr. Pines’s tenure begins on July 1. During the last 25 years on the College Park campus, he has served as both dean and professor of Aerospace Engineering at the Clark School since January 2009.

As dean, Pines has led the development of the Clark School’s 2020 Strategic Plan and achieved notable successes in key areas, such as promoting science, technology, engineering, math (STEM) education among high school students, increasing the impact of research programs, and expanding philanthropic contributions to the school.

In Virginia, The George Mason University Board of Visitors announced the selection of Dr. Gregory Washington as the university’s eighth president. He will join the university on July 1. Currently, the dean of the Henry Samueli School of Engineering at the University of California-Irvine, Dr. Washington’s story is very much the Mason story, said the rector of George Mason in his announcement.

“He was the first in his family to earn a college degree, earning his bachelor’s, masters and Ph.D. at North Carolina State University. He is recognized as one of the best deans in the country and has a deep appreciation for all the academic disciplines, as well as the many constituencies that make up a university community. He is George Mason’s first African American president,” Rector Tome Davis said in a statement.

Prior to Washington’s role at UC-Irvine, he served as associate dean of research and interim dean of the College of Engineering at Ohio State University. He is a member of the National Science Foundation Engineering Advisory Committee and was previously a member of the Air Force Scientific Advisory Board. He is also past chair of the American Society for Engineering Education – Engineering Deans Council.

On Thursday, March 26, Olin College of Engineering announced that Dr. Gilda Barabino (Photo courtesy of Olin) has been named the next president, effective July 1. Dr. Barabino’s appointment follows the announcement from Rick Miller, Olin’s longtime president, that he would step down from his office after 21 years of leading the college

Currently, Dr. Barabino is the dean of The Grove School of Engineering and the Daniel and Frances Berg Professor at The City College of New York.

“Dr. Barabino is an extraordinary academic leader with a background of scholarly research and demonstrated success as a strategic thinker in engineering education,” said Ken Stokes, chair of the Olin College Board of Trustees.”

“My connection to Olin was immediate and it was deep,” said President-elect Barabino. “At a time when the global challenges we face are increasing in complexity and enormity, we must rethink how we educate engineers to meet new challenges, and I am looking forward to working with this deeply collaborative community as Olin’s next president to help shape the future and the face of engineering education.”

Since 2013, Dr. Barabino has been dean of the engineering school at City College. She has doubled the retention rate in engineering, developed new masters’ programs in data science and engineering, cybersecurity, and translational medicine; enhanced the research footprint of the college; led university-wide efforts to enhance the representation and success of women and minority faculty; and provided greater STEM opportunities for underserved student communities. Dr. Barabino also established thriving partnerships with institutions across New York City, the state and the nation.

Among her many honors is the election to the National Academy of Engineering (2019), and the Presidential Award for Excellence in Science, Mathematics and Engineering Mentoring from the White House Office of Science and Technology Policy and the National Science Foundation (2018). She previously served as president of the Biomedical Engineering Society and the American Institute for Medical and Biological Engineering, where, in 2017, she received its highest award, the Pierre Galletti Award.

Currently, she chairs the American Society for Engineering Education Engineering Deans Council, the first woman to do so. In addition to her role as an educator, Dr. Barabino is executive director of the National Institute for Faculty Equity, a research and development initiative that seeks to institutionalize the professional development and career success of women and minorities in STEM.

Dr. Barabino is a well-known researcher in the fields of cellular and tissue engineering and sickle cell disease. Her seminal research in sickle cell biomechanics and adhesion provided the basis for current technologies and novel anti-adhesion therapies.

The appointment of Dr. Barabino as Olin’s next president is the latest step in a trailblazing career of firsts that began in 1981 when she was the first African American woman admitted to the graduate program in chemical engineering at Rice University.

In 1986, she was the fifth African American female in the nation to obtain a doctorate in chemical engineering. She joined Northeastern University in 1989 and rose to the rank of full professor of chemical engineering and then vice provost for undergraduate education. She joined Georgia Institute of Technology and Emory University as a professor and associate chair for graduate studies in the Department of Biomedical Engineering. She served as the inaugural vice provost for academic diversity and is credited with establishing a legacy to strengthen diversity and inclusion at Georgia Tech.