How well do you know BEYA’s Black Engineers? | Part 2 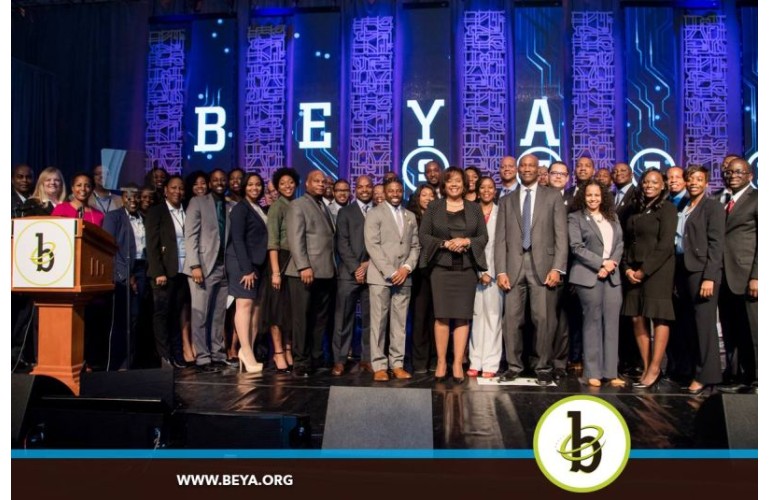 Launched in 2016 during the 30th annual BEYA STEM Conference, the Legacy Awards are named after past Black Engineers of the Year.

Over the next couple of weeks, we’ll take a look at past and current legacy award winners. (ICYMI: click here for Part 1).

The Rodney C. Adkins Legacy Award is named for BEYA’s 2007 Black Engineer of the Year. Adkins was the first Black senior vice president and corporate officer at IBM.

Patty J. Meggs, a senior manager for global solutions and sales operations at AT&T, was one of the inaugural Rodney Adkins Legacy Award for Business Transformation winners in 2017. Verett Mims, assistant treasurer for global treasury operations at The Boeing Company, won the award in 2018.

John D. Harris II is the 2010 Black Engineer of the Year.  In 2021, the Legacy Award named for him goes to Keith Burrell, an Engineering Fellow at Raytheon Technologies.

In November 2020, Flex announced that Harris has joined the company’s board of directors. Flex delivers supply chain and manufacturing solutions to diverse industries and end markets.

Most recently, Harris served as vice president of business development for Raytheon Company and CEO of Raytheon International, Inc. In this role, he was responsible for worldwide sales and marketing, international business, and government relations operations functions. He was also responsible for developing and leading the execution of Raytheon’s global business strategy. Mr. Harris joined Raytheon in 1983.

In 2010, he was named president of Raytheon Technical Services Company (RTSC), the same year he received the prestigious Black Engineer of the Year Award. Harris also served as general manager of Raytheon’s intelligence, information and services business, where he was responsible for the consolidation of the former RTSC with Raytheon’s intelligence and information systems business.

Harris has served on the NextGen Advisory Committee of the Radio Technical Committee for Aeronautics (RTCA), the Board of the USO of Metropolitan Washington, D.C., the National Advisory Council on Minority Business Enterprise with the U.S. Department of Commerce, and was a member of the Council of Trustees for the Association of the United States Army.

From 2007-2008, he served as Raytheon’s executive diversity champion, leading the Executive Diversity Leadership Team and providing strategic direction for the company’s overall diversity and inclusion efforts. Harris received his Bachelor of Science degree in Business Administration from Boston University.