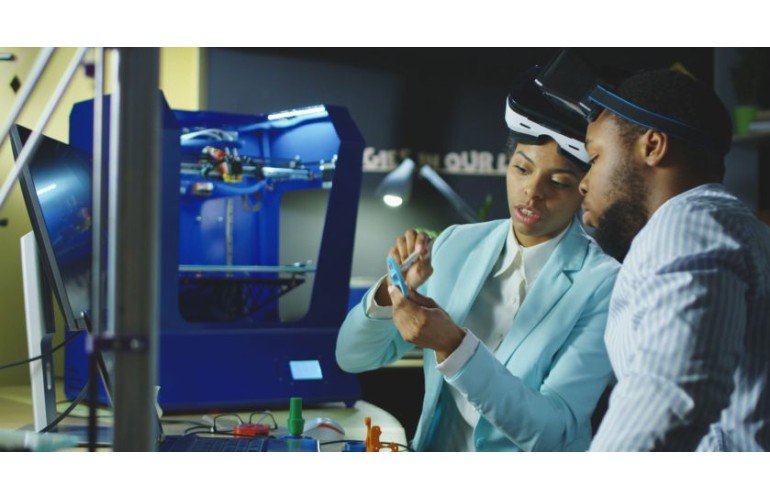 In 2018, Howard University announced a goal of raising $100 million in grants and contracts for research by 2024. During the last week of October, Howard surpassed that goal two years early by raising $122 million in 2022, a record sum for any historically Black college or university (HBCU).

“Research and academic excellence has always been part of Howard’s identity. We have supported hundreds of leading researchers across disciplines, furthering our collective understanding of the world around us and producing research that has changed the world,” said President Wayne A. I. Frederick in a statement. “With our new approach to research funding, we are creating more opportunities for leading Black scholars today, while training the next generation of leaders.”

In 2018, President Frederick relaunched Howard’s Office of Research and recruited Dr. Bruce Jones, Ph.D. to lead the effort. Under Dr. Jones’ leadership, Howard has led a research revolution on campus.

From 2017 to 2021, Howard increased the output of research proposals by more than 37 percent, and funding increased by 175 percent from 2008 to 2022. Unlike donations or gifts, research grants and contracts are based on professors and students submitting proposals and being awarded project-specific funding.

“The breadth and scope of the research coming out of Howard University is nothing short of astounding,” said Howard Vice President for Research Bruce Jones. “With this added funding, the research capacity of the university will be accelerated, allowing us to continue to conduct cutting-edge research on a larger scale commensurate with Howard University’s institutional mission: to forward the development of scholars and professionals who drive change.”

Historically, Black academics and institutions have not received funding commensurate with the needs of Black communities. HBCUs, like Howard, always had to do more, with less. A 2019 report found that HBCUs are awarded less research funding than non-HBCUs with similar research programs.

When fewer resources are dedicated to Black scholars and their research, the health, social and economic effects of these systemic funding gaps ripple across Black communities that would be most impacted by their research, and students have fewer opportunities to get the experience needed to jump-start their careers.

With this influx of funding, Howard University is on track to becoming an R1 Research University in the coming years, a recognition awarded to the top 3.5 percent of research universities. No other HBCUs currently have R1 status. Obtaining R1 status would further increase cutting-edge research and opportunities at the University.

With these strides, Howard University is on pace to raise over $100 million year-over-year, providing more support for facilities, faculty and postdoctoral capacity, scholarships, fellowships, and other investments that will foster the next generation of Howard-led innovation and enhance the Howard experience for students. Recent research accomplishments include:

Last month, the University announced new plans to further its genomics and genetics work through a recent grant from the Chan Zuckerberg Initiative.

Through a $250,000 grant awarded by the John S. and James L. Knight Foundation, researchers will study how digital manipulation and disinformation on social media affect Black and marginalized communities, specifically those surrounding Washington, D.C.

The Department of Defense awarded the College of Engineering and Architecture a five-year, $7.5 million award to create a Center of Excellence in Artificial Intelligence and Machine Learning, known as CoE-AIML. Howard will explore the use of artificial intelligence (AI) and machine learning (ML) in vital civilian applications and multidomain operations.

A team led by Professor Nikki Taylor was awarded a $5,000,000 multi-year grant from the Andrew W. Mellon Foundation for its Just Futures Initiative, which is dedicated to combating injustice, racism, inequality, and more.

Professor and Economics Department Chair Omari Swinton was awarded a $1.4 million grant from the Alfred P. Sloan Foundation to enhance the teaching and educational training of Black and other minority students pursuing degrees in economics. Dr. Swinton is also the recipient of a $2.7 million National Science Foundation Award to host the American economic association summer training program.