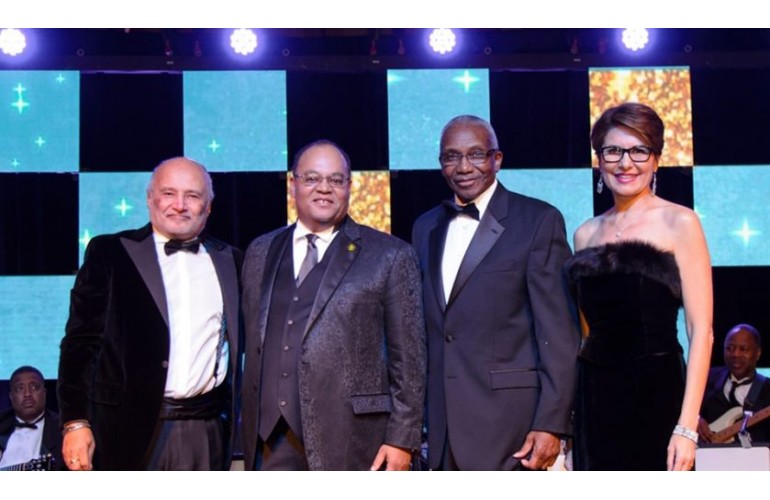 In case you missed it, Eugene DeLoatch and Tyrone Taborn (photo taken at a BEYA event) were honored this week at a ceremony held in Washington, D.C. The National Science Board (NSB) presented the BEYA co-founders with the Public Service Award.

The award recognizes people and groups that have increased the public’s understanding of science or engineering. Past award recipients include the American Museum of Natural History, the Alfred P. Sloan Foundation, and the PBS television series NOVA.

“This is a great honor, said Taborn. “Together, we’ve moved the train of opportunity along. As we have done for the past 35 years, Career Communications Group, Inc.’s US Black Engineer magazine, the Council of Engineering Deans of HBCUs, BEYA sponsors, institutions, and trusted individuals across America, the BEYA STEM Conference will continue to celebrate the achievements of African Americans and minorities in STEM careers and promote better access to young people who are left behind.”

Taborn founded Career Communications Group to highlight the achievements of underrepresented minorities in science, technology, engineering, and math (STEM). He developed US Black Engineer Magazine, which has been the main vehicle to showcase the accomplishments of underrepresented groups in STEM and serves as a vehicle for the discussion of broad science and engineering policies, including the hiring of minority scientists and engineers across the spectrum as well as retention and promotion at the professional level.

Over 33 years, the BEYA Conference has exposed more than 100,000 students to role models in science, technology, engineering, and math (STEM) careers.