In Performance with Conductor Eric Conway 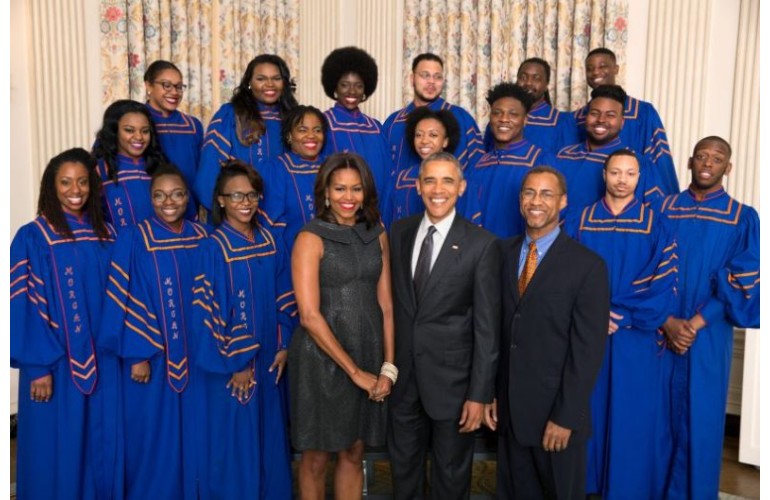 Under the direction of Conway, the famed Morgan choir has performed at the White House and state venues around the world, including the Czech Republic, Ghana, South Africa, Cuba, Australia, and Colombia.

Also under his tenure, the Morgan Choir was nominated for a Grammy, in recognition of their contribution to the recording of  Leonard Bernstein’s Mass with the Baltimore Symphony Orchestra.

This February, Conway was one of 10 historically black colleges and university (HBCU) researchers honored with the 2018 HBCU Innovation Award.

Conway is the first pianist, conductor, and music director to receive a Black Engineer of the Year Award (BEYA) at the annual conference dedicated to science, technology, engineering, and math (STEM).

“What an honor to be recognized in the STEM. world! I was impressed with the BEYA conference, where time was devoted to liberal arts aspects of the profession. It appears that engineers recognize that their craft may be enhanced by a creative approach to their respective projects. Personally, I appreciated the special recognition given to me for my accomplishments in the performing arts world,” Conway said.

A doctoral graduate of the Peabody Conservatory of Music of the Johns Hopkins University,  he majored in piano and conducting and received the prestigious Liberace scholarship.

As a pianist, he has appeared in America and abroad as a soloist and chamber musician. He has also toured Asia as the orchestral pianist of the Baltimore Symphony Orchestra (BSO).

Dr. Conway’s choral accomplishments include working closely with some of the greatest conductors of the century, including Robert Shaw, Sir Neville Mariner, and Donald Neuen.