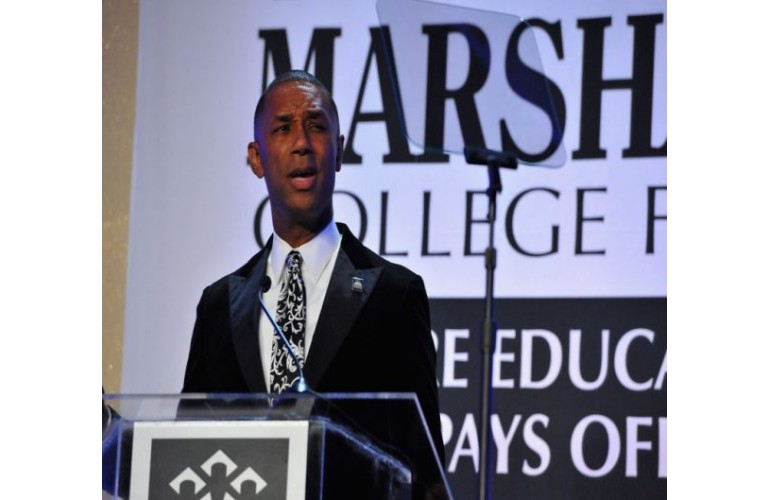 Graduation rates for black students at public, four-year colleges and universities are not increasing at the same rate as other students, according to The Education Trust.

Although more than two-thirds of four-year, public colleges and universities have increased graduation rates in the last 10 years, gains were greatest for Latinos (7.4 percentage points) and smallest for black students (4.4 points). Native students saw an increase of 6.4 points.

“We already know education is a great equalizer,” he said. “But we have to do a much better in our community before kids go to college,” Taylor said.”

Five Octobers ago, the U.S. Department of Education changed the way it interpreted the definition of “adverse credit” for the Parent PLUS Loan (PPL) program — which parents and students may use to help pay college expenses.

Under the new definition, delinquencies older than 90 days could result in denial of a PPL.

Delinquencies include charge offs, medical collections, and even issues as simple as late payment for mobile telephone bills.

Across America, an estimated 400,000 students were impacted. But historically Black colleges and universities (HBCUs) were most affected.

“It disproportionately impacted HBCUs because 90 percent of our student body relies on loans,” explained Taylor.

Taylor still finds it troubling that the four leading advocates for Black education—  the Thurgood Marshall Fund, United Negro College Fund, (which awards 10,000 scholarships for students from low- and moderate-income families to attend 900 colleges and universities), the National Association for Equal Opportunity in Higher Education (umbrella organization of the nation’s Historically Black Colleges and Universities and Predominantly Black Institutions), and the President’s Board of Advisers on HBCUs—who meet  with the secretary of education one on one every quarter, were the last to know.

The next several months saw a drawn out battle with the education department seeking to justify its new policy. By September 2013, the outcry was so great, they backed down. They also conceded that Parent PLUS loans default at a significantly lower rate than the federal Stafford loans, the most popular student loan program available to undergraduate and graduate students. Federal Stafford loans offer low, fixed interest rates and subsidized interest to eligible undergraduates.

“It doesn’t make sense that a parent can get a $30,000 for a BMW, but that same parent can’t get a Parent PLUS loan,” Taylor said.

“Meanwhile, we’d already lost a class of students. Literally within the middle of their education and they had to drop out. We had seniors, juniors, and STEM majors,” he added.

“Our position has always been if you’re going to change the rules, do it on a going forward basis not to students who are already in the program,” he said.

But efforts to have students already in the PPL program grandfathered failed.

“We pushed for a rule that would let incoming freshmen understand [PPL] is not going be a source of funding to parents with less than good credit.  But for students already in school, matriculating and getting ready for graduation, pulling the rug from underneath them is fundamentally unfair.  Even if you take the legal requirement that there must be consistency between programs, at least grandfather people who were already in the program,” Taylor said.

On Capitol Hill, Congressmen and women said it wasn’t a legislative issue. So the education advocates decided, as a last resort, to take the Obama administration to court.

Although hundreds of Black parents lined up behind TMCF, UNCF, and NAFEO, and despite having children working jobs, no longer in college, they just weren’t prepared to see the action through.

“I was frustrated obviously,” Taylor said. “But I could understand the level of pride in the Black community in having an African American president. Even though the community was disproportionately affected, they weren’t going to support court action. We backed off of it.”

But not before laying out what he called “the doomsday scenario.”

“You’re going to wake up 4, 5, 6 years from now and it’s going to show there was a significant drop in enrolment at HBCUs,” he warned. “The enrolment of African American students has been impacted for years to come. You’re going to have financial problems, higher default rates.”

In the end, business leaders interested in the future of education rallied to the fund’s appeal.

Lowe’s Companies, Inc.,  which operates a chain of retail home improvement and appliance stores in the United States, Canada, and Mexico, made an unbudgeted donation of $500,000 dollars, swelling the coffers of a gap scholarship program set up to help struggling students and their families who were impacted by PLUS loan changes graduate.  The program ran successfully in 2013 and 2014.

Congressional Black Caucus Members, Rep. Corrine Brown (FL-05) and Rep. Cedric Richmond (LA-02) introduced the Protecting Educational Loans for Underserved Students Act (the PLUS Act), a bill that will restore core credit standards used by the Department of Education(ED) prior to the change to the definition of “adverse credit” made in 2011.

The bill proposes additional criteria for determining whether a parent has an “adverse credit history” and includes a new loan counseling provision to help ensure that parents who receive PLUS Loans fully understand the terms and conditions of the loans and their repayment obligations.

“If you stop school you will start paying within six months.  Taking loans out, paying them back and not having a degree is not recommended,” she said.

1. Taking loans out, paying them back, and not having a degree is not recommended.
2. Be clear on what you want to do when you enroll — College is not an exploration time of life; you don’t go to college to find yourself.
3. Don’t change majors three times. That means you might not graduate for 6-7 years.
4. Mobilize around education— Black lives matter. Black college students matter.