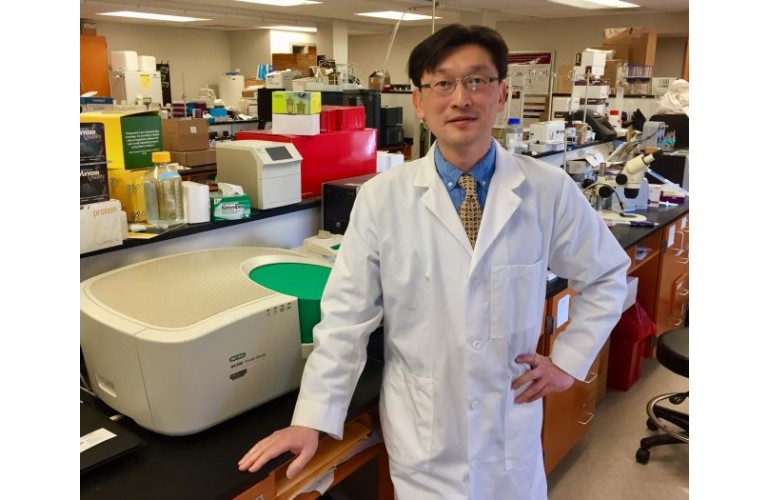 Dr. Bi-dar (Peter) Wang is a pioneer in the field of cancer genomics and prostate cancer disparities. He was recently named as an HBCU Innovation Award winner by the BEYA STEM Conference.

The award recognizes researchers on historically black college and university campuses who are working to advance science for the good of humankind and creating new technologies.

As a pharmacy research professor at the University of Maryland Eastern Shore (UMES), Wang is committed to research on disparities in prostate cancer and identifiable differences in genomic portraits of populations.

In 2016, Dr. Wang and his colleagues were awarded a U.S. Patent for a diagnosis and treatment described as “novel splicing variants of the genes associated with prostate cancer risk and survival.”

His recent publications in Nature Communications and Clinical Cancer Research further demonstrate his expertise in this emerging field.

Wang’s research projects have been supported by grants from the National Cancer Institute, U.S.  Department of Defense, and the American Cancer Society.