Inspiring the Next Generation of Aviation Professionals 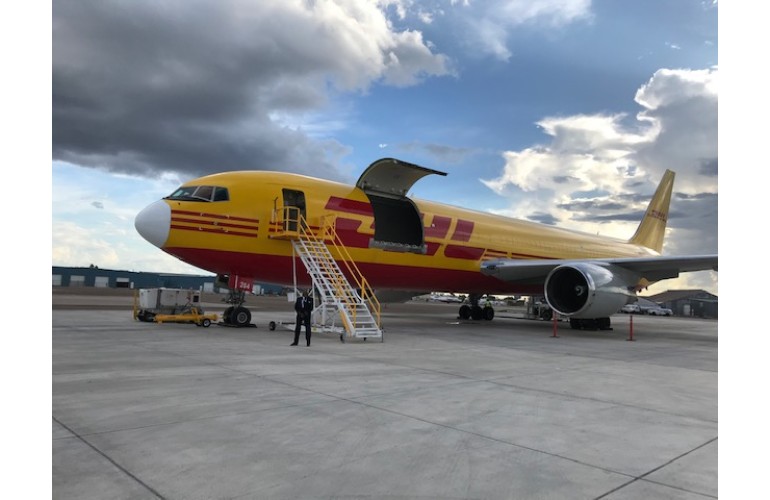 David Bridges is a former navigator and pilot with some of the largest air carriers. During his career, Captain Bridges flew 747 planes internationally, the classic 747, and the 747-400 plane until 2013. He became a line check airman for the 767 in 2018.

My passion for aviation started at the age of 7. And believe it or not, I started flying planes as a teenager. I cut grass and washed airplanes to pay for my flying lessons.

I joined the Marines at age 17 and went to truck driving school after my time in the service. During that time, I was accepted to the Spartan College of Aeronautics and Technology in Tulsa, OK. I would drive trucks at night, sleep in the truck, and go to aeronautics school during the day.

I graduated with a 3.99 GPA and moved to Utah, where I got my first job as a flight instructor at the American International Aviation Academy of Utah. From there, I became an assistant chief flight instructor at Great Western Aviation. I was assigned my own campus at North Salt Lake City where I ran the flight school.

I also administered the FAA written test at Salt Lake City Community College. As if that wasn’t enough, I also worked for United Airlines at the time. I would load bags for United from 4 a.m. to 9 a.m. Then I would teach students from 9 a.m. to 4 p.m. I would leave the aviation school and drive the city bus from 4 p.m. to 11 p.m., and then go home and do it all over again the next day.

My career expanded from there. I flew for Great Lakes Airlines, and then went to another express carrier, MESA Airlines, which serviced United, US Air, and America West. In 2007, I was hired by KALITTA Air as a first officer (or co-pilot, as most people know it) to fly 747 planes internationally. I rose through the ranks and became a captain three and a half years later. I flew the classic 747 and the 747-400 plane until 2013. I became a line check airman for the 767 in 2018.

As I look back on my career, I am grateful for all I have accomplished. I was recently asked what the keys to my success were. There were three: hard work, sacrifice, and dedication. There’s no secret formula other than that.

I pursued my passion and did whatever it took to be successful. I didn’t limit myself or make excuses. When my car broke down, I didn’t call in. I walked the 6 miles it took to get to work, and I didn’t complain about it. Therein lies the sacrifice and dedication. The next generation of aviation professionals should focus on these ideals as they embark on their careers.

I say that because the aviation industry is losing a significant number of professionals, specifically pilots, to retirement right now. It’s becoming increasingly difficult to replace these professionals because there are not enough young people going through the pipelines to fill the seats of retiring pilots.

Many young professionals see the lower salaries at starting positions without really considering the earning potential down the road if they stay in the profession. This goes back to sacrifice, and dedication needed in this industry. Aviation professionals have to be trained, qualified, and certified, and that can take a while to achieve.

When it comes to our young Black students, I believe society can do more to encourage them to pursue technical careers and not scare our young people away. Nobody encourages our youth to be pilots or lets them know they can own their own airlines, but those are very viable options for them! We are rapidly becoming a technological society. If our young people don’t get in on the bottom floor, they’re going to get left behind.

We must encourage our young people to get more involved in the STEM programs and industries. To become a great pilot, math and science are essential. It is necessary to understand concepts like aerodynamics, airfoil design, and aircraft construction.

A career in aviation can be extremely rewarding. I have seen the world several times over, and I’ve met some great people in the process. There are wonderful travel benefits as well as great earning potential for those willing to work hard and dedicate themselves to the industry. I knew early on that I would have to sacrifice some things in life to follow my dream of being a pilot, and I was willing to do so. Those three ideals, no matter what career path, will inevitably lead to success and a thriving career. I encourage the next generation of aviators to do their due diligence when researching the aviation industry. I encourage them to find a pilot or aviation professional and ask him or her all the questions you can think of. Finally, they need to be determined and be passionate about flying, or whatever aspect of aviation they choose to pursue.