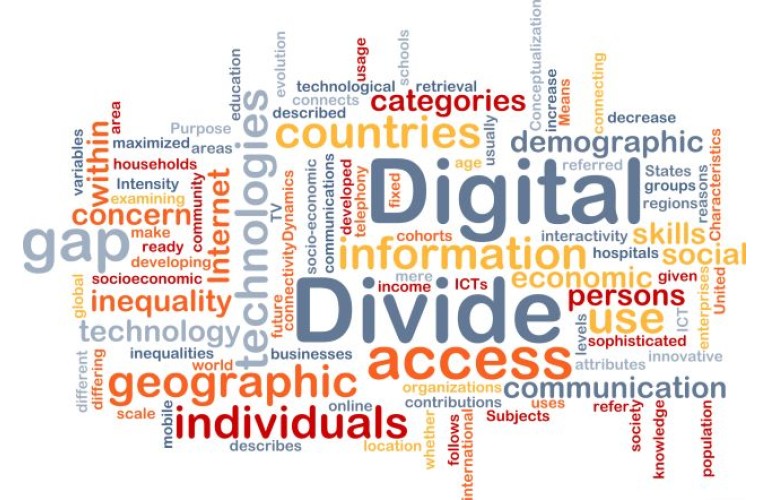 For African American and Latino Marylanders, home wireline broadband and computing devices are scarce relative to Whites and Asian Americans. This is one of the main findings of the “Disconnected in Maryland: Racial and Economic Underpinnings of the Digital Divide” report, published by The Abell Foundation.

Commissioned by the Community Development Network of Maryland, the analysis of the 2019 American Community Survey also reveals the racial and economic underpinnings of the digital divide across the state of Maryland.

The study found that some 342,000 Maryland homes in Maryland’s metro counties and Baltimore City do not have broadband internet at home and 193,000 do not have a desktop, laptop, or tablet computer. Those figures for rural areas are 178,000 and 95,000, respectively. This means that about two-thirds of all households in Maryland without internet access tools live in metro counties or Baltimore City.

One-quarter (25.6%) of Latinos do not subscribe to highspeed service at home and 29.5% of African Americans do not. For Asian Americans and Whites, the numbers are 14.0% and 20.5%, respectively.

Some 15.6% of Maryland households with children under 18 do not subscribe to wireline broadband service and 10.1% lack a desktop or laptop computer. This “homework” gap is consequential when school is all (or mostly) online and when more than one student in a household needs connectivity.

The study recommended that stakeholders in Maryland should consider the following actions to help close digital adoption gaps:

1. The state should embark on a statewide broadband planning process to explore how to close home broadband and computer adoption gaps.

2. In many cities around the country, local governments have digital inclusion funds to support nonprofits that provide digital skills training and tech support for low-income communities. Maryland should consider funding such programs.

3. The state should also consider creating an Office of Digital Inclusion to manage initiatives throughout the state.

4. In many parts of Maryland, discount internet offers are available for low-income households. However, many eligible households may not be aware of the program or may experience difficulty in signing up.

6. The affordability of computers is commonly cited as a reason people do not subscribe to home wireline service and initiatives exist (nationally and in Maryland) to help get computers to low-income households. Stakeholders should explore ways to expand them to all parts of the state to meet growing demands spurred by the pandemic.

The author of the study “Disconnected in Maryland: Statewide Data Show the Racial and Economic Underpinnings of the Digital Divide” is John B. Horrigan, Ph.D., a recognized expert on research into barriers to home broadband adoption and use. The report was funded by a grant from the Abell Foundation and published as The Abell Report in January 2021. The 18-page report takes stock of digital inclusion in Maryland by examining two access tools that enable robust online access. The first is wireline high-speed internet subscriptions at home. The other is whether a household has a working desktop, laptop, or tablet computer.