Investing in STEM and Scholarship 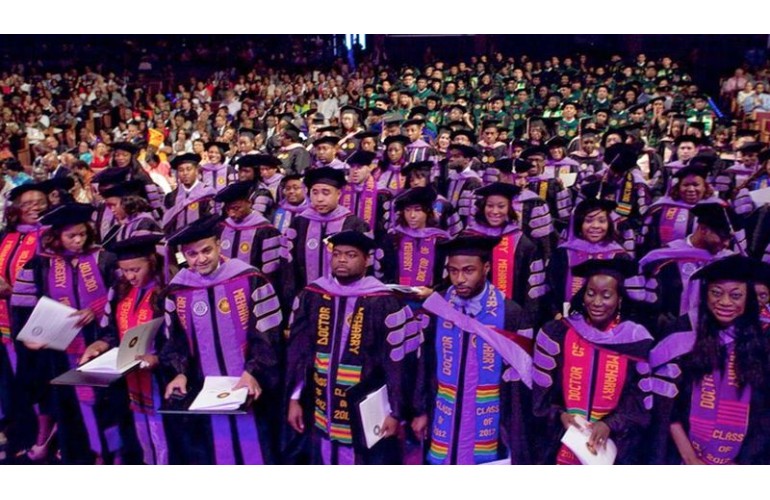 One of the main events on the university circuit this week is the annual conference for Black Ph.D.s in Charlotte, North Carolina, October 25th – 27th.

The goal of the Black Doctoral Network Conference is to bring together scholars and professionals from science, technology, engineering, the Arts, and math (STEAM) as a place to develop collaborations.

“Our conference also serves as a recruitment vehicle for universities looking to add diverse graduate students and faculty,” Black Ph.D. says on its website.

Over the past decade, there was a 31% increase in the number of doctorates awarded to blacks or African Americans, according to the Doctorate Recipients from U.S. Universities report published in June 2017.

Owing to these growth rates, the proportion of doctorates earned by blacks or African Americans rose from 6.2% in 2005 to 6.5% in 2015, the report said.

“Doctorate recipients begin careers in large and small organizations, teach, and start new businesses. Doctoral education develops scientists, engineers, researchers, and scholars, who create and share new knowledge and ways of thinking that lead to innovative products, services, and works of art. In doing so, they contribute to a nation’s economic growth, cultural development, and rising standard of living,” —Doctorate Recipients report

More than 54, 900 doctorates were earned in the United States in 2016, the most recent year for rankings by earned doctorates published by the National Science Foundation (NSF).

The latest Rankings by earned doctorates featured more than four hundred colleges and universities across America.

The NSF Institution Rankings list sources information from the Survey of Earned Doctorates, which collects data on the number and characteristics of individuals who receive research doctoral degrees, a data source on federal funds obligated for science and engineering at academic institutions and nonprofit organizations for the federal fiscal year, and a census of U.S. academic institutions that grant research-based master’s degrees or doctorates in science, engineering, or health fields.

According to the Department of Education, historically black colleges lead all institutions that award baccalaureate degrees to black students in the life sciences, physical sciences mathematics, and engineering.

More than 50 percent of black faculty in traditionally white research universities received their bachelor’s degrees at a historically black college and university (HBCU).

Earned Doctorates in 2016 and Ranking

Based on a recent report from the American Institutes for Research, HBCU Lifestyle says HBCU graduates are less likely to receive aid compared to graduates of predominantly white institutions. (Photo courtesy HBCU Lifestyle).