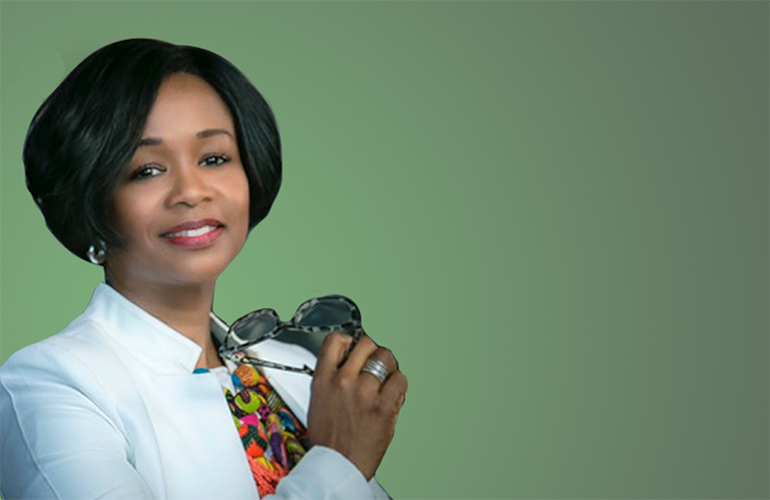 Janeen Uzzell has been Head of Women in Technology at GE since November 2016.

In this leadership role focused on women in technology, Janeen develops and executes a strategy to accelerate the number of women in technical roles across GE’s Engineering, Digital, IT and Supply Chain teams.

In February 2017, GE announced goals of having 20,000 women to fill science, technology, engineering, and math (STEM) roles at GE by 2020 and obtaining 50:50 representation for all our technical entry-level programs.

The program will increase the number of women in its engineering, manufacturing, IT and product management roles ­- a strategy necessary to address the ongoing gender imbalance in technical fields and fully transform GE into a digital industrial company.

In a white paper released February, GE outlines the talent crisis for women in STEM roles.

In the US today, only 14% of all engineers and 25% of all IT professionals are women.

Though women make up 55% of all college and graduate students overall, only 18% of computer science graduates are female, according to the US Bureau of Statistics.

Among the major tech giants, women are still under-represented, making up 13-24% of the tech-related jobs, and 17-30% ascending to leadership positions.

While women tend to outnumber men overall in higher education (55% to 45%), the share is much smaller for STEM education.

Nearly 40 percent of women with engineering degrees either leave the profession or never enter the field, according to a widely cited 2014 study.

According to the OECD, closing the gender gap could increase GDP by up to 10% by 2030.

One study showed that more gender diverse companies performed 53% better than lesser ones, including a 35% increase in ROE and a 34% increase in total returns, and MIT economists found that a gender shift could increase revenue by 41%.

Janeen has served as Director, Healthcare Programs – Africa for GE Global Growth & Operations. She worked as a trusted adviser in global research partnerships with customers and key opinion leaders, including USAID, and the United Nations (UN).

Through GE’s Healthy imagination, Janeen helped build rural healthcare strategy and programming. She led the Ghana partnership with the Ministry of Health resulting in 200+ nurse-midwives trained in ultrasound technologies for health center improvement of care.

She mobilized teams across the region to create Healthymagination partners, with GE as the private sector leader to the United Nations Secretary General’s “Every Woman Every Child” movement.

As an Ambassador for GE’s signature $30 million, she impacted 6.7 million lives, 400+ physicians trained in trauma and emergency obstetrics, as well as 4,700+ units of equipment, directed technology training and operational and service needs across 10 countries for 36+ district hospitals, and 100+ health centers.

Janneen graduated from North Carolina Agricultural and Technical State University with a bachelor’s degree in mechanical engineering in 1990 and earned an MBA from Fairleigh Dickinson University.

She has been honored as one of the Top 25 Influential Black Women in Business “Innovative Medical Devices For the Health of Women and Children in Low Resource Settings.”