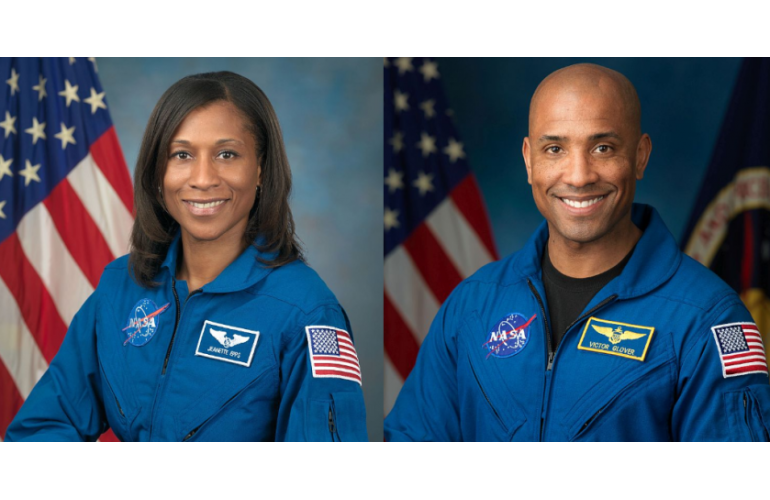 Last week,  Jim Bridenstine, administrator of the National Aeronautics and Space Administration, announced on Twitter that NASA had assigned Jeanette J. Epps to the first operational crewed flight of Boeing’s CST-100 Starliner spacecraft on a mission to the International Space Station.

“Thank you @JimBridenstine! I’m looking forward to the mission,” tweeted Epps in reply. She also thanked Dr. Mae Jemison, the first Black woman to travel into Space, recognizing how cool it was that it’s Katherine Johnson’s birthday.

Johnson (Aug. 26, 1918-Feb. 24, 2020) did trajectory analysis for America’s first human spaceflight. She also worked on the Space Shuttle and the Earth Resources Technology Satellite (ERTS, later renamed Landsat) and authored or coauthored 26 research reports. She retired in 1986, after 33 years at Langley.

Epps will join NASA astronauts Sunita Williams and Josh Cassada for a six-month expedition planned for a launch in 2021 to the orbiting space laboratory. The flight will follow NASA certification after a successful uncrewed Orbital Flight Test-2 and Crew Flight Test with astronauts.

The spaceflight will be the first for Epps, who earned a bachelor’s degree in physics in 1992 from LeMoyne College in her hometown of Syracuse, New York. She completed a master’s degree in science in 1994 and a doctorate in aerospace engineering in 2000, both from the University of Maryland, College Park.

Epps would have become the first African-American space station crew member in 2018, but a few months before the mission NASA announced that Epps had been replaced by her backup Serena M. Auñón-Chancellor.

According to NASA, Crew-1 is the first post-certification mission of SpaceX’s Crew Dragon spacecraft – the second crewed flight for that vehicle – and the long mission aboard the International Space Station.

Glover, who was selected as an astronaut in 2013 while serving as a Legislative Fellow in the United States Senate, is now working closely with his crew mates with SpaceX to develop spacecraft systems, which will provide round trip crew transportation to the International Space Station and, along with Boeing’s Starliner, return the ability to launch humans into space from United States soil.