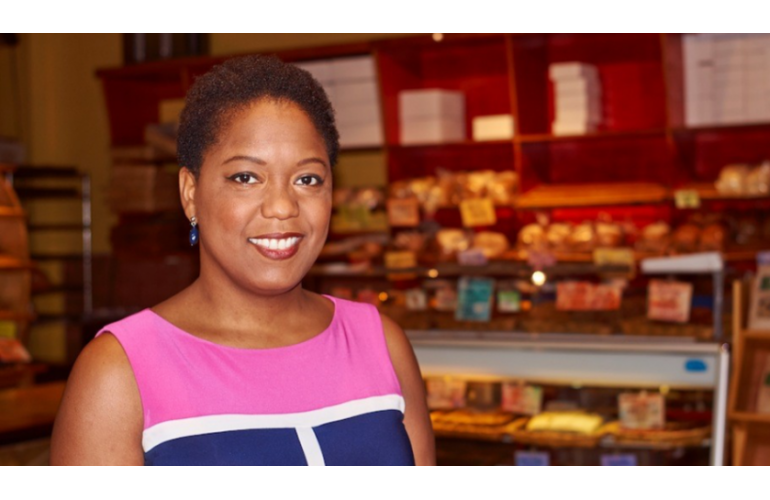 The Congressional App Challenge encourages students to code through app contests hosted by Members of Congress in their districts.

The App Challenge also aims to make members of Congress innovative after seeing what students in their districts can do with technology and STEM application.

“I’m excited to join a team of people who are passionate about increasing STEM among America’s youth and connecting the U.S. Congress with their local tech communities,” said Décoste.

“Learning to code in as a teenager opened the door to a fantastic career for me. I hope the Congressional App Challenge will be a catalyst for the next generation of tech leaders.”

Décoste taught herself computer programming using a library book. She started with an app simulating a math quiz for her little sister.

A decade later, Décoste was coding air traffic control systems for the Federal Aviation Agency, among others.

One of her projects was to develop a sequencing and arrival system for airport runways. It uses technology to help planes flying into the same airport land in intervals so they aren’t wasting fuel and time circling the airport.

In its first two years, the Congressional App Challenge — which is sponsored by the non-profit Internet Education Foundation — hosted 239 challenges in 33 states, with 4,000 students across the country working together to create over 1,150 apps.

Participant demographics surpassed all industry diversity metrics, with young women representing 30% of all competitors. This year, the CAC initiative aims to reach even more constituents.

“The Congressional App Challenge is the largest series of student coding competitions in the world,” said Tim Lordan, executive director of the Internet Education Foundation. “Rachel is an accomplished computer scientist and an inspirational leader. We expect her to push the contest to new heights.”

If you are interested getting more involved or in supporting the Congressional App Challenge, please contact Rachel Décoste at rdecoste@CongressionalAppChallenge.us.