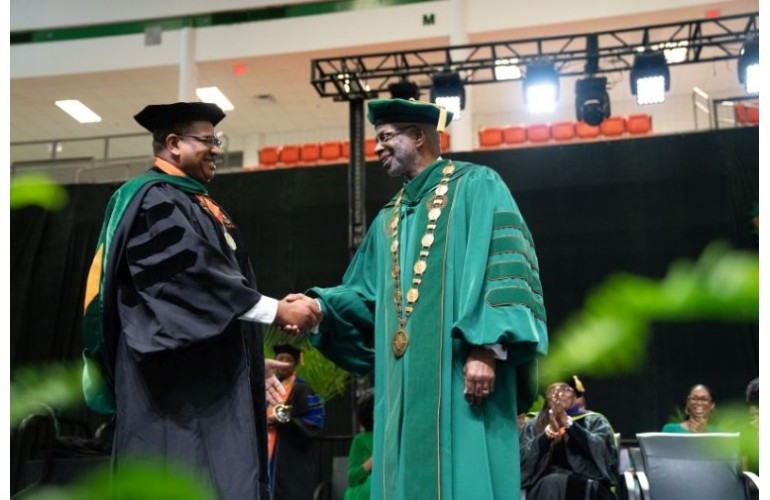 The three-day inauguration included a gathering of the FAMU Industry Cluster on Thursday, Nov. 8 followed by a Research Symposium. The installation ceremony was held Friday, Nov 9.

“Ladies and gentlemen I am honored beyond description to serve as the 12th president of Florida A&M University and to serve our students and all of those who invest into this University,” said Robinson. “Let’s rise together to contribute to the future of this great nation.”

Robinson, who previously served as interim president, was named FAMU president on Nov. 30, 2017. The Florida Board of Governors voted to confirm him as the 12th permanent president of FAMU in January 2018.

Robinson is actively engaged in research as the director of the Center for Coastal and Marine Ecosystems. The center was established with a $15.4 million award from the National Oceanic and Atmospheric Administration Educational Partnership Program in 2016.

FAMU is leading the partnership and collaboration with five universities to make a major impact on coastal and marine ecosystems education, science, and policy.