Leadership, communication, and STEM careers in a new era 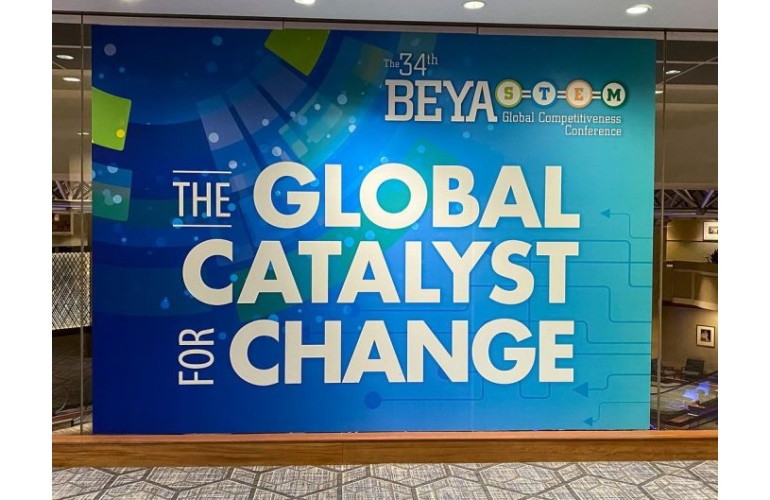 Over the last 100 days, the role of science, technology, engineering, and math  (STEM) in our lives has never been more important. Last year people across five generations of BEYA alumni were asked about the things that mattered most to them in the workforce. Their answers ranged from understanding the big picture to receiving effective communication, positive feedback, and experiencing an exchange of ideas.

For 34 years, BEYA has been at the forefront of mentoring, supporting, connecting, and cultivating talent in STEM. A community of innovators, risk-takers, and game-changers, BEYA helps break down barriers among Veterans (71-89), Baby Boomers (54-70), Generation X (34-53), Generation Y (21-33), and Generation Z ( under 20).

Every honoree that crosses the BEYA stage has a similar story of aspiration. It may begin with “Someone believed in me.” Or they wanted to walk in the footsteps of their parents. Or fulfill their grandparents’ dream to graduate college. Each story has its roots in the accomplishments of the men and women who laid the groundwork for respect and making changes for the good of family, community, and nation.

That’s why the theme of the 34th annual BEYA Conference held February 13-15 was “Global Catalyst for Change: Making the untapped potential possible.”

Few weeks after BEYA 34 in February,  the Global Engineer Survey, which was commissioned by DiscoverE, was released on the first UNESCO World Engineering Day.

The survey found cybersecurity, sustaining land and oceans, providing clean energy and improving access to clean water and sanitation were the four most significant global tasks.

Kathy Renzetti, the executive director, DiscoverE, an engineering outreach organization, said “solving the world’s problems is an enormous collaborative undertaking involving both the public and private sectors and extending across disciplines, borders, and demographics.”

In 2019, UNESCO announced that every year now will have World Engineering Day on March 4, in recognition of the importance of celebrating engineers in a global effort to raise awareness of their contributions to UN Sustainable Development Goals.

The Global Engineer Survey, which was commissioned by DiscoverE, included 10,077 respondents from 119 countries. When asked the most daunting challenge facing engineers in the next 25 years, the responses were:

When asked if there was currently a shortage of engineers, the responses were:

When asked if there would be a shortage of engineers in the future, the responses were:

“Engineers are the world’s problem solvers, yet engineering is often overlooked or under-appreciated as providing the solution to major challenges,” said Prof. Gong Ke, president of the World Federation of Engineering Organizations, which campaigned for World Engineering Day.