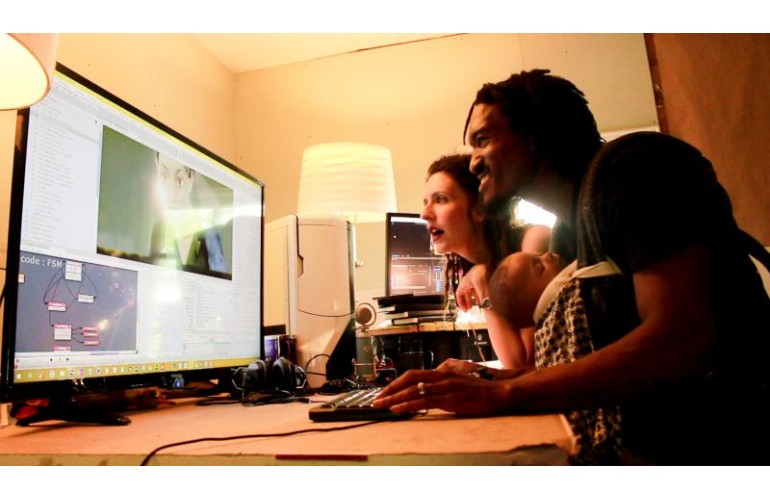 More than 64% of Americans are gamers, according to data and measurement firms, and 63 percent of children in the United States play games on a mobile device or console.

But video games aren’t only for play; they also provide work, says a Bureau of Labor Statistics report Work for play: Careers in video game development.

Workers, known as game developers, make a living creating the games you enjoy playing. By 2020 the video games market is expected to be worth over 90 billion dollars, up from nearly 78.61 billion in 2017.

This August, a husband and wife game design team are offering free online/live game design, programming, and art workshops for the fall semester.

“My wife Erin and I will be doing a live online ‘STEM Video Game Design Workshop for John Henry’ on August 20-22, and a ‘Rosie the Riveter Workshop’ before that, taking place on Aug 6-8,” Elijah Hamilton wrote.

The concept for the John Henry video game comes from the steel-driving African American folk hero, and ‘Rosie the Riveter’ is modeled on the female icon for working women during World War II.

“In our workshops, we teach visual scripting and 3D (computer) animation, with a focus on AI development,” Hamilton said.

According to the Bureau of Labor Statistics, AI programmers dictate how computer-controlled opponents and allies react to a player’s actions. Artificial intelligence enables computer-controlled characters to respond realistically and strategically. Some video games, depending on the genre, require more complex artificial intelligence than others. Using their knowledge of advanced mathematics, graphics programmers implement algorithms to produce 3D graphics.

Courses taught by Elijah and Erin, who co-own Mitten Pixels, LLC, guide students through a series of workshops.  Creative and Critical Thinking in STEM teaches how to establish experimentation throughout a game design environment and in True Power of  STEM students work with multiple software for STEM video game design.

Elijah, who also goes by the name “Alijah Villian” created the poster series Black Superheroes Reimagined and Knights of the NBA. He says the courses will be entertaining and filled with information on how to develop the skills you need to obtain jobs in science, technology, engineering, and math (STEM) fields.