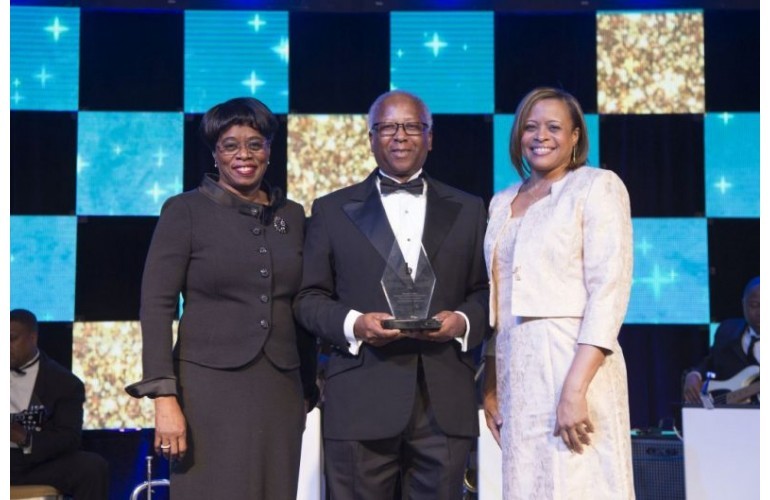 Krystal A. Porter, a lead engineer for the Airborne Reconnaissance Low-Enhanced program at Leidos, won the award named for the 2009 Black Engineer (pictured in a black gown in t

his archive photo) at the BEYA Conference.

Krystal joined the Airborne Reconnaissance Low-Enhanced program in 2019 and within a few weeks had learned a system that takes more than a year to master. Krystal’s impact was felt immediately as she developed an innovative solution to complex issues with the system. Her expertise is highly respected, and she was recently featured as a guest speaker for an internal educational program with unmanned systems portfolio team members.

During the program, Krystal highlighted the engineering positions that prepared her to be the solution architect she is today. She offered insights on making future career and educational pursuit decisions to meet personal and professional goals. Krystal also works with family members and youth in her hometown of Chicago, to equip and encourage them to enter STEM career fields.

“Krystal exemplifies what it is to be a professional within our company and she consistently advances our company’s core values of integrity, inclusion, innovation, agility, collaboration, and commitment, ” said Michael Hile, vice president Airborne Sensors and Analytics Division, Airborne Solutions Operations at Leidos.

Wanda Austin is the 2009 Black Engineer of the Year. She earned a bachelor’s degree in mathematics. Then she trained as a teacher and a professional in actuarial science. Later, she got master’s degrees in math and systems engineering before leaving Pittsburgh for southern California. After a brief spell in rocket systems at Rockwell International, she settled down for a thriving career with The Aerospace Corporation in 1979.

Soon, Austin was tapped to lead Aerospace’s military satellite program, with 1,000 engineers in the engineering and technology group. In January 2008, she became The Aerospace Corporation’s president and CEO leading more than 4,000 scientists and engineers.

“It’s with great honor that I receive this award; Dr. Austin’s achievements impacted history,” said Porter during the 2021 BEYA gala. “I am humbled and grateful to continue to uphold her legacy that awaits future black engineers by mentoring, giving back, and inspiring others.”