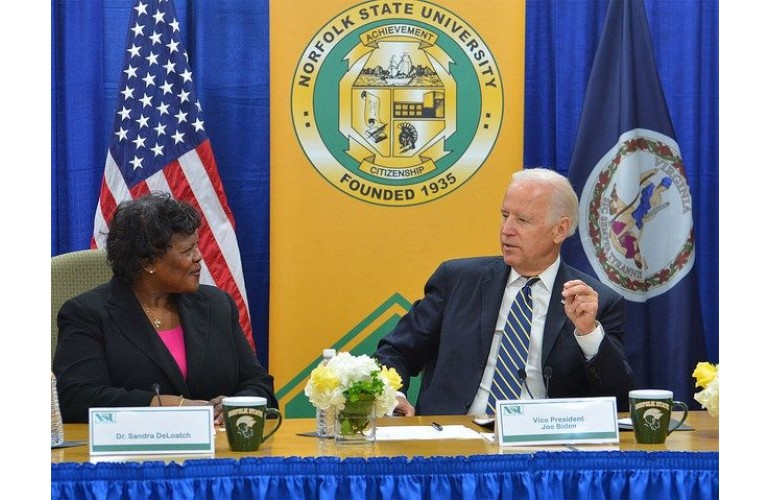 A retired educator who spent more than 40 years at Norfolk State University, has passed away, AMIE announced Monday.

Dr. Sandra J. DeLoatch served as a “mathematics instructor, founding Chair of the Computer Science Department, Dean of the College of Science, Engineering and Technology and acting university president.

“She achieved many “firsts” during her career including serving as the Principal Investigator for one of the first two research contracts ever awarded to an HBCU by the National Security Agency (NSA). Her pioneering efforts in information assurance and computer science laid the groundwork for NSU’s emerging prowess and success in Cybersecurity,” Dr. Stith said.

She was also one of the University’s most charitable donors, having been inducted into the Lyman Beecher Brooks Society in March 2015 for giving more than $100,000 to the institution.

In recognition of her substantial contributions to STEM initiatives and appreciation for her service, a Girl Scout patch, “Exploring STEM Honoring Dr. Sandra DeLoatch,” was created.

Dr. DeLoatch earned a Bachelor of Science degree in mathematics from Howard University and graduate degrees in mathematics and computer science from the University of Michigan (M.A.), The College of William and Mary (M.S.), and a Ph.D. from Indiana University.

In 2017, Norfolk State honored Dr. Sandra DeLoatch at a farewell event, where she is seen speaking with Vice President Joe Biden about cybersecurity initiatives at Norfolk State.

Information on Dr. DeLoatch’s funeral services will be posted in due course.

She was my favorite instructor at NSU; I will never forget her and will always remember her; RIP