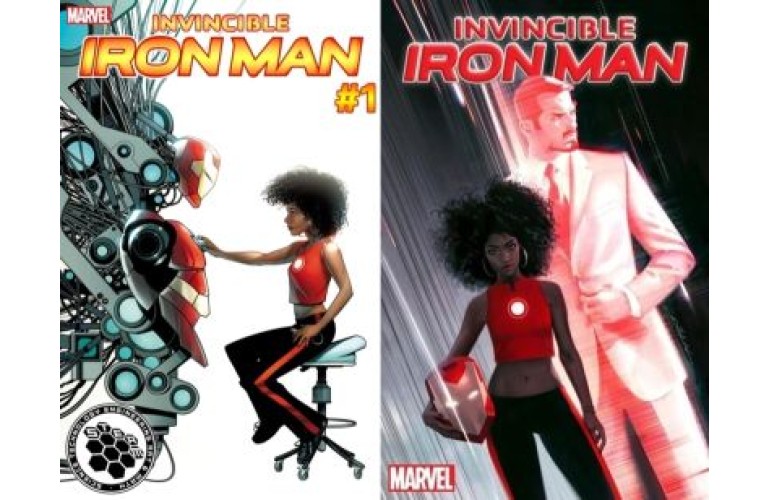 Last week Marvel announced that Tony Stark a.k.a. Ironman will be stepping down from his role. This is due to current events taking place in his story at the moment.

With all that has been happening in the news over the past couple of weeks, this news should come as a bit of fresh air.

Over the past few years, Marvel has been shaking up their comic book universe.

This is big news because it shows that Marvel’s characters are finally starting to look like the real world in which their universe reflects.

In an interview with Time magazine, writer and creator of the character, Brian Michael Bendis reflected on his motivation to create Riri.

“One of the things that stuck with me, when I was working in Chicago a couple of years ago on a TV show that didn’t end up airing, was the amount of chaos and violence. And this story of this brilliant, young woman, whose life was marred by a tragedy that could have easily ended her life -just random street violence-and went off to college, was very inspiring to me,” Bendis said.

Bendis also said that he thought that was the most modern version of a superhero or super heroine story he had ever heard.

“I sat with it for a while until I had the right character and the right place…Now, when you have a young woman come up to you at a signing and say how happy she is to be represented in his universe, you know you’re moving in the right direction,”
Bendis said.

I may be biased but I also like the cut of Career Communications Group’s jib.

CCG publications and its science, technology, engineering, and math (STEM) award conferences have spotlighted thousands of people of color, allowing them to share their stories in hopes of inspiring young people who look like them.

So, we understand the importance of being represented in the media and the impact that exposure can have on the young people who look just like them.

If the new Iron Woman can inspire one young girl to be an engineer, then Marvel, you are moving along the right path.

CCG was founded over 30 years ago to create career opportunities and to spotlight people in underrepresented groups in STEM.