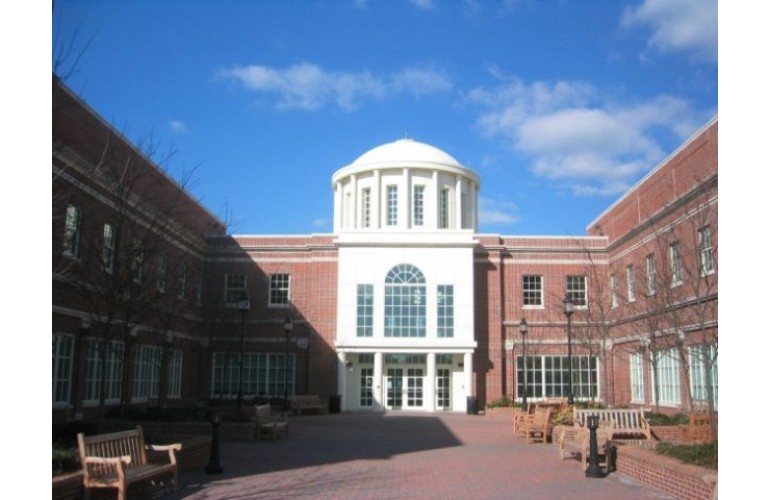 It’s an often-repeated truism that journalists are witnesses to history, a repetition loudly heard when the events being witnessed bring high drama—a space shot, a presidential election, a military conflict.

But historic steps, by institutions as well as individuals, are not always heralded by the trumpets of public acclaim. Instead, the drama is found in their long-term effects.

The development of an engineering program at the University of Maryland-Eastern Shore (UMES) provides a telling example.

A visit to UMES’ campus, tucked away in rural Southern Maryland, brought to light a program decades in the making. The news about its institution might have been too underwhelming to win headlines in the Washington Post, but the new availability of educational tracks leading to careers in America’s burgeoning technology enterprise for African Americans and other under-served minority and non-minority youth was nothing less than earth-shaking.

A school whose science faculty had to hand build its ocean research laboratory during the late 1980s now has joined the ranks of historically black college and university (HBCU) engineering programs, with only 3 percent of the institutions producing America’s science and technology workforce but producing almost a third of all of America’s Black engineering graduates.

Working Quietly out of the Limelight

Getting there was a long slog: The university leaders, working outside the major media limelight that is so prevalent in the nation’s metropolitan centers, started work on a pre-engineering curriculum all the way back in 1982, providing instruction for the first two years of majors in mechanical and electrical engineering. Students were to move on to the state’s flagship, the University of Maryland at College Park, to finish.

In 1997 UMES’ leadership shifted to a higher gear, pushing for a “collaborative” four-year program in partnership with Salisbury University and College Park, with the B.S. degree in electrical engineering to be awarded by College Park.

According to a statement issued by School of Business and Technology Dean Dr. Ayodele Julius Alade, by 2006 the success of that program had built interest for UMES to establish its own bachelor’s degree program. A higher-education committee led by the System of Maryland’s senior vice chancellor stepped in, considered the university’s remote location and supported UMES’ drive, and the next year the University System of Maryland agreed. Maryland-Eastern Shore now offers Bachelor of Science degree studies, under which students pursue concentrations in electrical, computer, mechanical, and aerospace engineering.

Pushing upward from the Start

It began with 25 students and now enrolls 147, and university records say it has produced 35 graduates across the four specialization areas. The program succeeded in its review by the Accrediting Board for Engineering and Technology. And Dean Alade now is a member of the Council of HBCU Engineering Deans and an active participant in AMIE, the corporate-academic partnership to promote opportunities for minorities in technology careers.

Starting small doesn’t mean staying in the same limited space. According to Dean Alade, the state of Maryland has allocated $93 million for construction of a new classroom and research building for students in “STEM” disciplines, set to open occupancy in 2016.

That’s a lot of growth for a school that began in 1886 as a prep school founded by Methodist Episcopal Church leaders and began with nine students and three teachers. Today its 200 full-time faculties preside over classes for 4,300 students, mostly Maryland residents, but with students also coming from three dozen other countries.

Among its listing of “signature” programs, engineering and aviation science stand out, as does construction management as well as hospitality tourism management.

And seen against the background of President Obama’s call for major federal and state investments to upgrade and reconstruct America’s infrastructure, the technology programs take on added importance.The Importance of Growth

A look at the facts presented in a 2014 Computerworld article by Patrick Thibodeau should lend perspective: A 2013 report by the National Academies of Science and Engineering drew attention to the fact that the United States graduates more visual arts and performing arts majors than engineers, leaving the U.S. to rank 27th among developed nations in the share of its college students earning undergrad degrees in science and engineering.

Quoting President Obama, Thibodeau’s piece noted that the United States produced 126,194 bachelors, masters, and Ph.D. graduates in 2009. That seems to critics of Mr. Obama’s call for an increase of 10,000 B.S. degree engineers a year to be plenty enough engineers for America’s needs.

But against the backdrop of other countries’ surging production of science and technology graduates-India and China alone boast hundreds of thousands of graduates each year-it does not seem so plentiful.

And contrasted against a backdrop starker still, it seems far less plentiful, as executives of many industries, especially in the booming American energy fields, talk of a “Big Crew Change” as Baby Boomers retire, and taking with them much of the intellectual capital that propelled American industry to world leadership in the 21st Century. Today’s production may indeed be a lot less plentiful than what is needed for the capital projects America needs going forward.

The Makers of Change

On Maryland’s Eastern Shore, Dean Alade and his colleague, Dr. Alvernon Walker, professor and chair of the Department of Engineering and Aviation Sciences, are looking at the problem from the heavy-lift end:

Decades after Dr. John Slaughter led a major National Academy of Engineering investigation of the barriers preventing African Americans from full participation in engineering and science careers-a generation since the founding of the National Action Council on Minorities in Engineering-Blacks, now some 15 percent of the American population, still represent only a reported 4 percent of America’s engineers.

Heavy lifting means getting students from very diverse, underserved backgrounds, most of them first-generation college-goers, talented but underexposed, prepped and equipped for careers that will take them far from the rural, semi-rural, and yes, even inner-city urban areas in which many grew up for the betterment of their lives and for the betterment of American society as a whole.

Alade, who earned his Ph.D. in industrial economics from the University of Utah, heads a school that straddles business as well as technology studies. Inducted into the AACSB Beta Gamma Sigma Honor Society in 2011, he has been involved in international assignments sponsored by the United State Agency for International Development in Sub-Saharan Africa and is co-executor and policy analyst and business consultant to emerging businesses in South Africa’s wine industry.

Dr. Walker, who earned his bachelor’s degree and M.S. in electrical engineering from North Carolina A&T State University and his Ph.D. from North Carolina State University, is a member of the Institute of Electrical and Electronic Engineers and the Association for Computing Machinery and has been inducted into Sigma Xi, the International Science and Engineering Honor Society, and Eta Kappa Nu, the International Electrical and Computer Engineering Honor Society.

Clearly, neither one, working in an area where there are no other engineering schools for under-served minority and non-minority career aspirants, thinks the critics fighting the expansion of engineering education in America are making any sense.