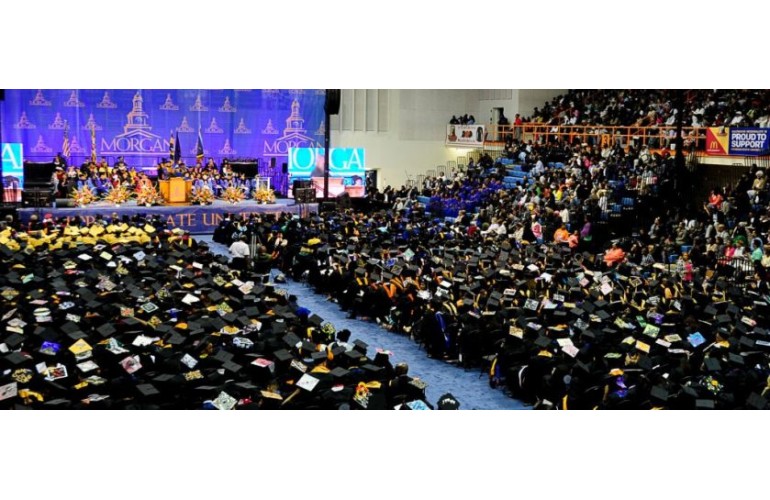 Maryland Lt. Gov. Boyd K. Rutherford will be the commencem

Lt. Gov. Rutherford will also be one of several distinguished citizens who will receive honorary doctorates during the commencement, including six former MSU presidents, who will be awarded Doctor of Laws (two in person and four posthumously), and Rutherford, who will receive a Doctor of Public Service degree.

“From the onset of his time in Annapolis, Lt. Gov. Rutherford has been a staunch supporter of Morgan and its important mission as Maryland’s Preeminent Public Urban Research University,” said Morgan President David Wilson. “He has not been a stranger to our campus, as many in the Morgan community have grown accustomed to his presence in support of some of our biggest achievements. And as part of the State’s current administration, he has been instrumental in assisting our University in securing funding, advancing our growth and competitiveness. As a graduate of an HBCU who has used that experience to propel himself through life, he will be able to deliver a message that will resonate uniquely with our students as they move forward to become the leaders of tomorrow.”

A graduate of Howard University, Lt. Gov. Rutherford is an accomplished attorney with experience in both the public and private sectors. He served as associate administrator for the U.S. General Services Administration, where he was responsible for increasing utilization of small businesses in procurement, as well as improving the efficiency of the agency.

Before serving in the USDA, Lt. Gov. Rutherford served as the secretary of the Maryland Department of General Services under former Maryland Gov. Robert Ehrlich. In that capacity, he was responsible for more than $900 million in annual contract administration and 10 million square feet of State-owned and State-leased facilities.

As secretary of DGS, Lt. Gov. Rutherford continued to find creative ways to save Maryland taxpayers millions of dollars, while also initiating and completing the expansion and renovation of numerous State buildings.

Lt. Gov. Rutherford was elected alongside Gov. Larry Hogan and was inaugurated in January 2015. He is the second member of the administration to deliver major remarks to Morgan students during his time as an elected official. In 2016, Gov. Hogan served as the keynote speaker for Morgan’s Honors Convocation.