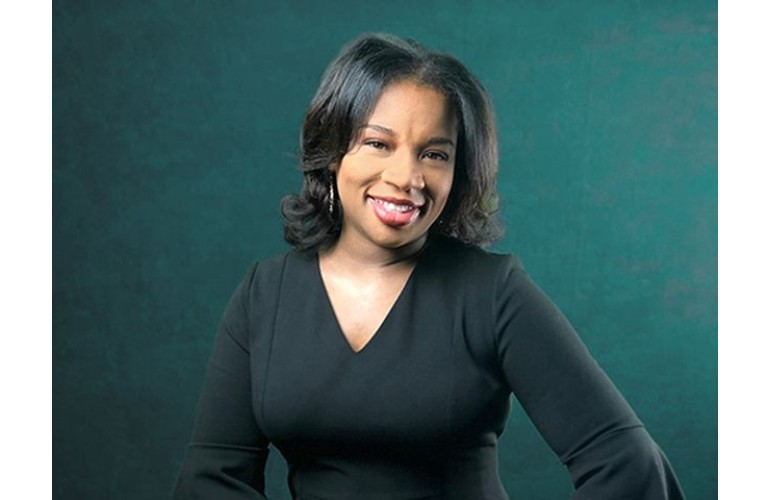 LaTara Harris joined AT&T after more than ten years with the Maryland Business Roundtable for Education, where she held a variety of roles, including director of partnerships and outreach.

Earlier in her career, she was a finance manager at a major management consulting firm and an accountant for a local nonprofit organization.

Key workforce issues for AT&T and its more than 400 million subscribers include broadband coverage, mobile access in rural and urban communities, and digital connectivity for innovation in science, technology, engineering, and math (STEM).

‘Ensuring No One Is Left Behind’

While there is still a lot more to be done to ensure no one is left behind, AT&T is making a difference in building a digital future with local and federal authorities given regulatory and legislative responsibilities.

“As a technology and entertainment company, STEM is a major focus,” Harris says. “In 2016, a large proportion of the 40,000 jobs filled at AT&T were STEM-related,” she adds.

Plus, there are 19.5 million connected cars on the AT&T network. Which means AT&T cybersecurity jobs need skills in the Internet of Things data and analytics and better ways to serve an ever-growing pool of digital customers.

“A friend mentioned she had a new bay window installed,” Harris says “She is a former teacher and recognized one of the installers as one of her former students and recalled that he wasn’t very strong in math. Long story short, her window leaked during the first rain of the season. Math is infused in everything,” Harris explains.

‘STEM matters for whatever path you choose’

As the digital revolution expanded over the last 30 years, AT&T and the AT&T Foundation have invested more than $144 million in STEM initiatives to grow digital labor for a digital economy. Since 2008, AT&T has committed $450 million through AT&T Aspire to promote student success in school and beyond.

AT&T employees have also provided 1.6 million hours of mentoring to students since 2012.

“STEM matters for whatever path you choose. Perhaps if that young man had paid attention, he would’ve known the true dimensions needed for a leak-proof window,” she adds.

According to Harris, AT&T supports programs such as All Star Code, set up by a daughter of one the first African American billionaires to help young people in technology build wealth in the fastest growing industry of the 21st century.

Other organizations include Girls Who Code, Maker Media, Imagination Foundation, and Code.org. Some of the most famous coders include a now legendary group of black women who hardwired code for NASA missions.

“These organizations promote innovation and interest in STEM through after-school programs, camps, hands-on technology labs and robotics competitions,” she said.

“We’ve helped, Genesys Works, an organization that developed a program that includes eight weeks of technical and professional skills training, a paid year-long corporate internship, college and career coaching, and alumni support to and through college. To date, 100 percent of students who participate in Genesys Works have graduated from high school and 95 percent have gone on to enroll in college,” Harris said.

‘Developing our talent pipeline and for society’

With two-thirds of all jobs requiring some form of postsecondary education, AT&T is working to ensure more than 40% of adults in the U.S. achieve that level.

“The average high school graduate can expect to earn an annual income of $30,627. That’s $10,386 more than someone who does not complete high school. STEM workers typically earn 26% more than those in non-STEM positions. It’s for these reasons, and many more that we launched AT&T Aspire,” she says.

“It’s a critical step in developing our talent pipeline and for society,” Harris adds.

Groups like Urban Alliance, which empowers young people to succeed through paid internships, training, and mentorship, is one example. A recent contribution enabled UA to expand its programs to serve students in Alexandria, Arlington and Fairfax County in Virginia. They also serve students in Chicago and Washington, DC.

AT&T also partners with universities, allowing for university-industry collaboration across the colleges that enhances AT&T’s brand as an employer of choice, recruits top students, and delivers connected campus technology solutions.

“This work with universities includes hackathons, case competitions, diversity events, research projects, classroom interactions and faculty collaborations. Above all, diverse, talented people are important to our success. We hope anyone interested in a career with AT&T will visit https://www.att.jobs/.

The AT&T LIVE (formerly known as the AT&T Experience Weekend) is a new hiring event for identifying top technical talent by bringing 100 of the top students from around the nation to AT&T’s Dallas, Texas, Headquarters in 2017.