Meet Nathan Jay Thomas, one of the youngest engineers in America 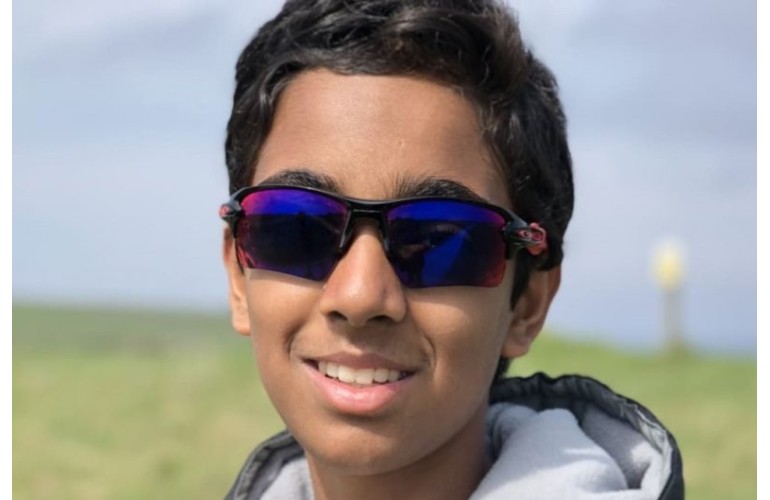 Herbie Hancock graduated with degrees in electrical engineering and music, but he once famously said that while he was growing up, no one told him that he was a child prodigy. For every child prodigy we know about, at least 50 have burned out before we even hear of them, notes Itzhak Perlman, a violinist, conductor, and music teacher.

Nathan Jay Thomas is probably the youngest engineer in America we know. According to his LinkedIn page, the teenager is a Ph.D. student and expects to graduate in 2024.

“I am currently pursuing a Ph.D. in electrical and computer engineering at Florida International University, researching in the area of field-emitting robust vacuum integrated nanoelectronics,” Nathan’s ‘About’ section states.

In April, the 16-year-old earned the Florida International University (FIU) Outstanding Graduate Award,  given to the leading undergraduate electrical engineering student at the College of Engineering & Computing. Nathan successfully made the Dean’s list each semester.

In addition to earning a bachelor’s degree from FIU, Nathan graduated with a master’s degree in electrical and computer engineering. This May, Nathan began research in nanotechnology as a part of an integrated nanoelectronics laboratory. His LinkedIn page states his interests are nanotechnology, advanced general mathematics, and machine/deep learning.

“I was an LA for the course ‘Engineering Economics’,” he writes. “Collaborated with three fellow LAs to grade quizzes and exams for all 70+ students, create solution sets for exams and quizzes for student review, and provide after-class / out-of-class tutoring on methods of economic analysis.”

Prior, Nathan spent a week shadowing in the marine hull, cargo, liability, and energy insurance departments at Canopius at Lloyds of London. While in the U.K., Nathan says he evaluated software with the “CAT Management” team, created a spreadsheet of software models, and assessed the financial performance of a class of business to predict future performance parameters.

“I was part of the team that held two events at the Children’s Resource Center in Miami to bring joy to children with special needs by making clay pumpkins and Christmas ornaments for them,” Nathan added on LinkedIn.  I also volunteered with my family to help decorate the walls of the Gibson-Bethel Community Center by painting murals under the leadership of Ms. Janis Klein–Young and her service-learning program.”

Nathan also created a website for the Florida Buddhist Association, helping a local, Miami-based non-profit organization, and volunteered for three months at Dragon Math Miami, teaching basic and advanced topics in mathematics to children who could not afford tutors.

Nathan is a student member of the Institute of Electrical & Electronics Engineers (IEEE) and was inducted into the Kappa Delta Chapter of Eta Kappa Nu, an IEEE-based international organization dedicated to encouraging and recognizing excellence in electrical and computer engineering.

Nathan was also inducted into Chapter #206 of Phi Kappa Phi, the nation’s oldest, largest, and most selective honor society for all academic disciplines. In addition, he has been a member of the Tau Beta Pi Association, the oldest engineering honor society and the second oldest collegiate honor society in the United States, since 2020. In January of that year, he was inducted as a lifetime member into the Phi Chapter of Tau Sigma, a national honor society promoting the academic excellence and involvement of transfer students.

As captain of the Miami-Dade College Kendall Mathematics team, Nathan traveled annually to Jacksonville to participate in the University of North Florida’s College Math Olympics competition, securing “Top 5” both times.