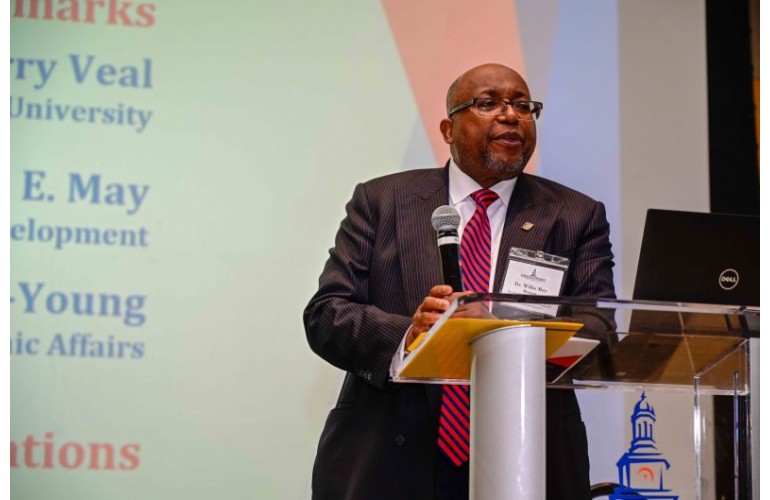 Three illustrious innovators at historically back colleges and universities (HBCUs) are among the members of the American Association for the Advancement of Science (AAAS) who have been elected as  2019 Fellows. According to AAAS, the fellows represent more than 20 sections.

In the Biological Sciences Section is Dr. Henry N. Williams, an award-winning microbiologist with the Florida A&M University (FAMU) School of the Environment.

Williams earned a bachelor’s degree in biology at North Carolina A&T, a master’s in microbiology from the University of Maryland-Baltimore, followed by a Ph.D., also in microbiology. He served for 30 years as a laboratory scientist and vice president of research before moving to FAMU. Williams’ scientific papers have garnered nearly 1000 citations in the scientific literature.

Willie E. May (headline photo) is a former director of the National Institute of Standards & Technology and undersecretary of commerce for standards and technology. He won the distinction of AAAS Fellow in honor of his contributions to Industrial Science and Technology.

May earned his bachelor’s degree in chemistry at Knoxville College in Tennessee, before a Ph.D. in analytical chemistry at the University of Maryland. Currently, he is Morgan State University’s vice president for the Division of Research and Economic Development.

According to Morgan State, Dr. May was selected for his global leadership in the measurement and standards infrastructure of science and technology. He supports research throughout Morgan State and oversees IP and commercialization efforts.

“It is with the deepest gratitude and humility that I accept this appointment as a Fellow of the American Association for the Advancement of Science,” said Dr. May. “I look forward to a continued commitment in support of the global leadership needed in the advancement of measurement standards and science and technology infrastructure.”

The 2019 group will receive official certificates and rosette pins in gold and blue, colors symbolizing science and engineering, in a ceremony on Feb. 15, 2020, during the AAAS Annual Meeting in Seattle.