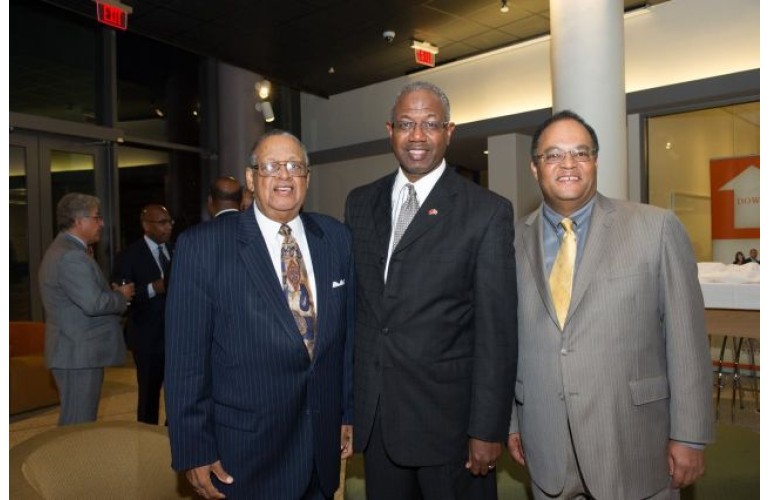 In an obituary posted by The AFRO newspaper, Mr. Muldrow was described as a “Baltimore civil rights leader and business magnate.”

A past president of the Lambda Alpha International – Baltimore Chapter, he was active with the international board of directors for many years.

Muldrow graduated from historically black North Carolina A&T State University in 1960 with a bachelor’s degree in biology.  He is remembered for staging a sit-in protest at a Baltimore five-and-dime the same year.

Later, Muldrow went on to manage the Commercial Credit Company from 1966 to 1983.  As president, CEO and treasurer of the Development Credit Fund, Inc., which he led for more than 20 years, he helped small, economically disadvantaged businesses gain access to capital.

The company served as a financial intermediary, making commercial loans to small businesses. Loans ranged from $5,000 to $500,000. Markets served were Maryland, District of Columbia and Northern Virginia.

An In Memoriam in the Baltimore Times read:

“Here at the Baltimore Times, where he spent some of his final days making us laugh, teaching us, and doing anything he could to further advance those around him, we can confidently say, the world has lost a treasure of a human being, and he will be sorely missed by all of us here, for a very long time.”

Among his many accomplishments, Muldrow served as a member of the GBMC Board of Directors from 1996-2004.

Yesterday I was made aware of Ackneil’s passing. I was stunned and saddened for he was a mentor for me when I arrived in Baltimore from New York in the 1970’s and joined the Baltimore Marketing Association, the professional organization, founded by Ackneil, mainly for Black professionals within the Baltimore community.

I will miss the knowledge and kindness expressed whenever anyone reached out for a word of advice.

My thoughts and condolences to his Family.