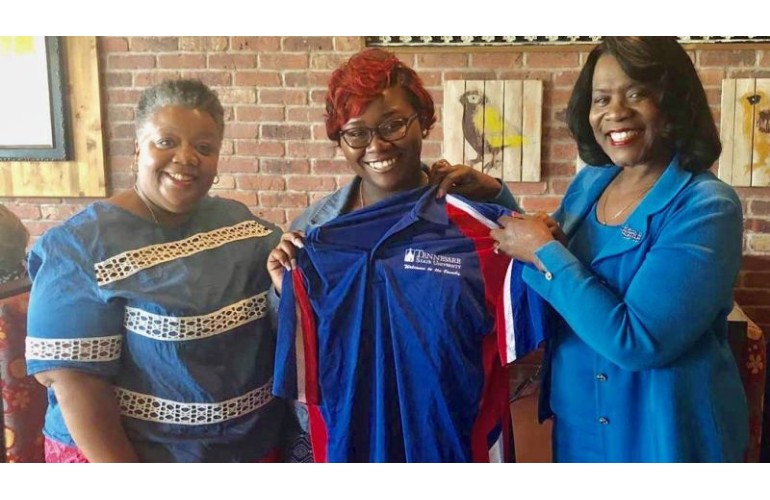 Meaghen Jones has a megawatt smile. The high school graduating senior won a jackpot of more than $10 million in scholarship offers, plus 213 college offers across the country.

Since she got the good news, the Memphis native and her parents have sought professional advice and starting this fall, Meaghen will attend Tennessee State University as a pre-med, TSU officials announced on Twitter:

Meaghen said yes! Memphis Whitehaven High School senior Meaghen Jones has committed to TSU! Meaghen was accepted to 213 schools, and received more than $10 million in scholarships and chose the “Land of Golden Sunshine!”

TSU officials say in addition to academics, Jones’ future will be in good hands.

TSU has earned a top 20 ranking for Historically Black Colleges and Universities according to U.S. News and World Report and rated as one of the top universities in the country by Washington Monthly for social mobility, research and community service.

TSU President Glenda Glover presented Meaghan with a TSU shirt before a cheering crowd, TSU News Service said. The Whitehaven High School academic standout, with a 4.2-grade point average and an ACT score of 25, says she plans to seek admission into the Honors College at TSU.

“When searching for scholarships, many students believe that they are unlikely to find money for college,” Scholarships dot com says on its website. “While it seems that most scholarships reward only $100 to $200, there are scholarships that far surpass that value.”

Although the largest dollar amount scholarships have some of the stiffest competition and the longest lists of selection criteria, the website resource advises that students should not automatically discount these competitions.