Metaquake USA with Tyrone Taborn: Tune in Wednesday, May 25 at 12 p.m. EST 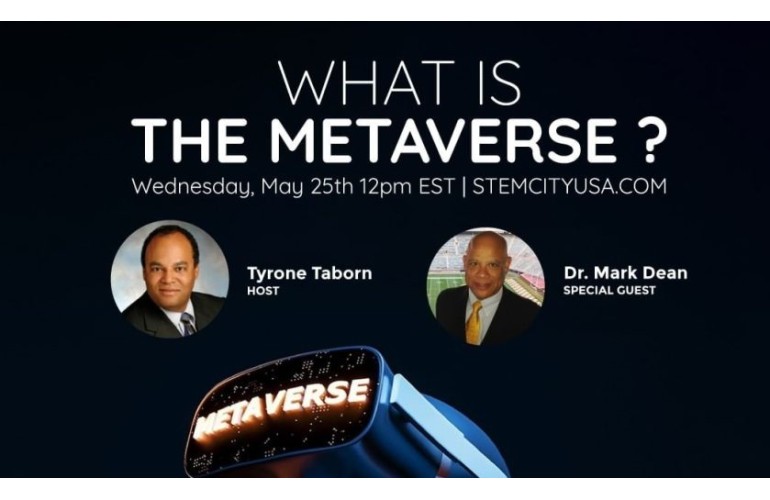 The “Metaquake USA with Tyrone Taborn” show on STEM City USA features innovators like Mark Dean, part of the team that built the first IBM personal computer; Jesse Russell, who created the concept for the wireless digital phone and communication while working as an engineer at AT&T Bell Laboratories; and James West, who developed the mic (officially known as the Electroacoustic Transducer Electret Microphone) while with Bell Laboratories.

Below are previous broadcasts featuring  Joseph Saulter, visionary and founder of Entertainment Arts Research Inc. and a leader in the video game industry. He is the chairman of the International Game Developers Association’s Diversity Advisory Board and the author of a series of game design and development textbooks.

Colin Parris, senior vice president and chief technology officer at GE Digital. He is developing digital and physical technologies to enhance existing products and services and to enable innovative customer solutions for the future.

Prior to his private-sector career, Christopher Jones was a U.S. Air Force captain. As a military officer, he served as a systems analyst on foreign ballistic missile and space systems at Wright-Patterson Air Force Base, Ohio, and served in Iraq as part of Operations Noble Eagle and Enduring Freedom. He continued with the Air Force National Guard until 2011. Today, he is the chief of operations at The Leadership Compass, an executive coaching company.