MLK on Science, Technology, and Society 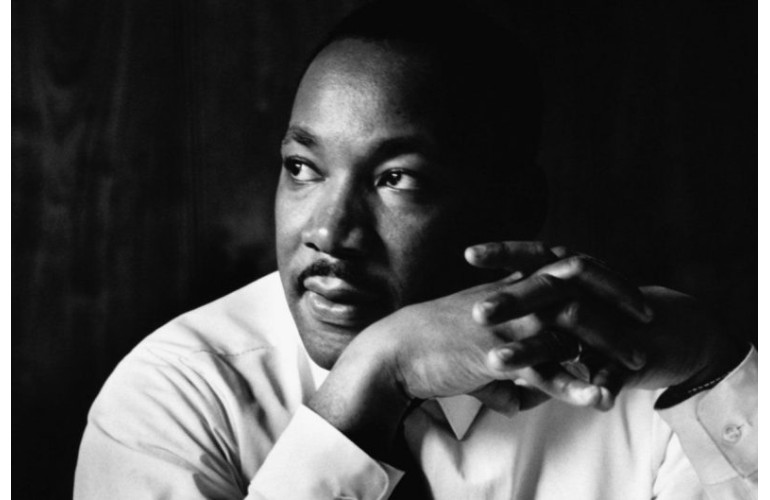 “I remember as if it was yesterday,”  Taborn said. “The National Guard troops driving tanks down my neighborhood on 6514 South Evans Street, a few blocks from Cottage Grove. Yet in that menacing time, the national troops all around, what was drilled in my mind is that young man riding on a motorcycle and somehow the song of James Brown’s song I’m Black and I’m Proud was blasting from that radio attached to his bike. As a nation, we have come so far, and we have so much further to go,” Taborn said.

Dr. Martin Luther King’s most quoted words are drawn from his “I Have a Dream Speech” delivered at the March on Washington for Jobs and Freedom on August 28, 1963.

King scholars say that for years, he had been drawing on material he used in that famous speech in his other speeches and sermons.

“Science investigates, religion interprets. Science gives man knowledge which is power, religion gives man wisdom which is control. Science deals mainly with facts, religion deals with values. The two are not rivals. They are complementary.”

“Through our scientific and technological genius, we’ve made of this world a neighborhood. And now through our moral and ethical commitment, we must make of it a brotherhood. We must all learn to live together as brothers—or we will all perish together as fools.

“When we look at modern man, we have to face the fact…that modern man suffers from a kind of poverty of the spirit, which stands in glaring contrast to his scientific and technological abundance. We’ve learned to fly the air like birds, we’ve learned to swim the seas like fish, and yet we haven’t learned to walk the Earth as brothers and sisters.”

“The first principle of value that we need to rediscover is this: that all reality hinges on moral foundations. In other words, that this is a moral universe, and that there are moral laws of the universe just as abiding as the physical laws.”

“We must work passionately and indefatigably to bridge the gulf between our scientific progress and our moral progress. One of the great problems of mankind is that we suffer from a poverty of the spirit which stands in glaring contrast to our scientific and technological abundance. The richer we have become materially, the poorer we have become morally and spiritually.”

“The function of education, therefore, is to teach one to think intensively and to think critically. But education which stops with efficiency may prove the greatest menace to society.”