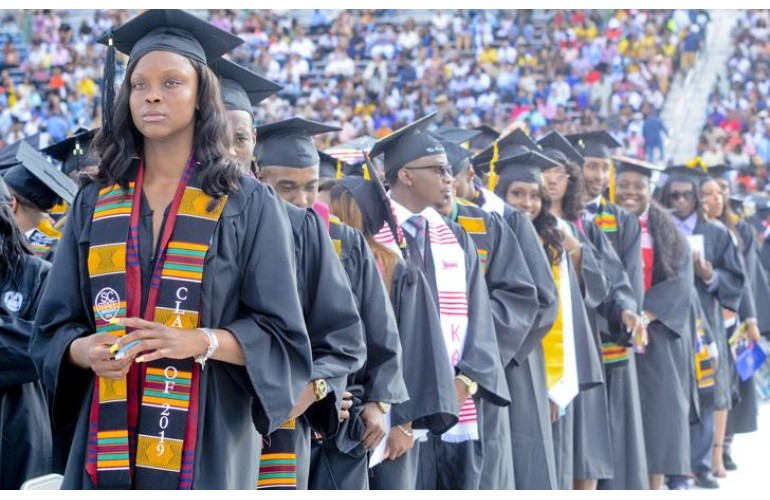 Morehouse College has announced that Robert F. Smith, CEO of Vista Equity Partners, will share his journey with the Class of 2019. The College’s 135th Commencement Exercises will take place on Sunday, May 19.

A major philanthropist, Smith made a $1.5 million gift to Morehouse this January to fund endowed scholarships and the design and creation of a park that will give students a new outdoor study area.

According to Morehouse, the gift will launch the creation of the Robert Frederick Smith Scholars Program, which will be supported by $1 million of the donation.

Smith was honored in 2018 by Morehouse for community service. He received a Candle Award in Business and Philanthropy at the College’s “A Candle in the Dark” Gala, which benefits student scholarships.

After graduating with a chemical engineering degree from Cornell University, Smith earned an MBA from Columbia Business School with a concentration in finance and marketing. He worked at Kraft General Food before joining, in 1994, Goldman Sachs tech investment banking.

Smith is the founding director of the Fund II Foundation, a nonprofit organization working to advance social change and preserve African-American culture, human rights, music education, the environment and American values such as entrepreneurship and innovation.