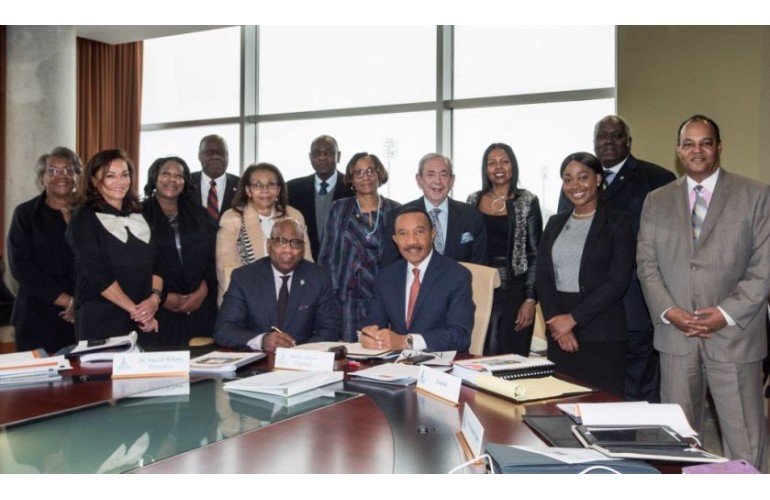 Morgan State University has announced the completion of its Sesquicentennial Anniversary Campaign.

According to a university statement the funding effort raised more than $250 million in gifts and grants from 15,000+ supporters.

The campaign, which coincided with Morgan State’s 150-year anniversary celebration in 2017, officially kicked off during Morgan’s Founders Day Convocation in 2016.

“I am pleased to share that with contributions from thousands of dedicated supporters, we have surpassed our goal,” said Morgan State University President David Wilson in the statement.

“This is a significant achievement, made possible by the generosity of those committed to the success of Morgan and our students.”