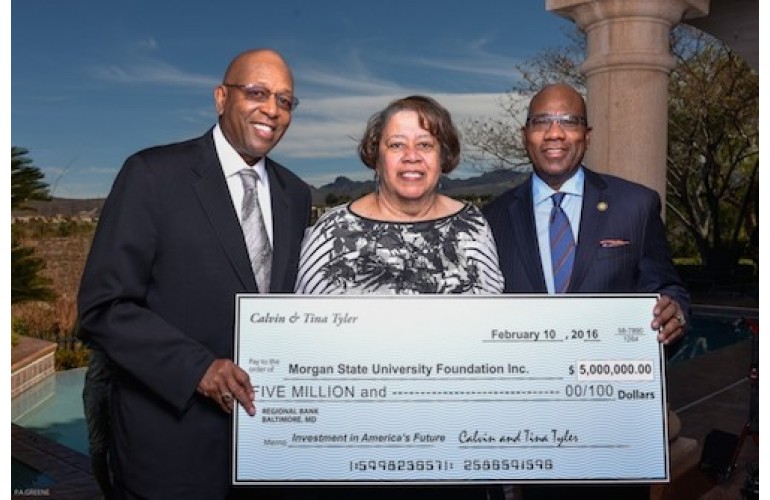 Morgan State University received $5 million Wednesday to endow their scholarship fund. The gift billed as the largest individual donation in Morgan’s history will target promising incoming freshmen from Baltimore. The scholarships will be renewable for all four years.

Calvin Tyler, who attended Morgan in the early 1960s, and his wife, Tina, have shown commitment to Morgan’s mission over several years. In 2007, they donated a $1 million to the schoalrship fund, and $500,000 two years before that to set up the scholarship fund for Baltimore students.