Morgan State University Graduate and Contract Specialist in the Spotlight 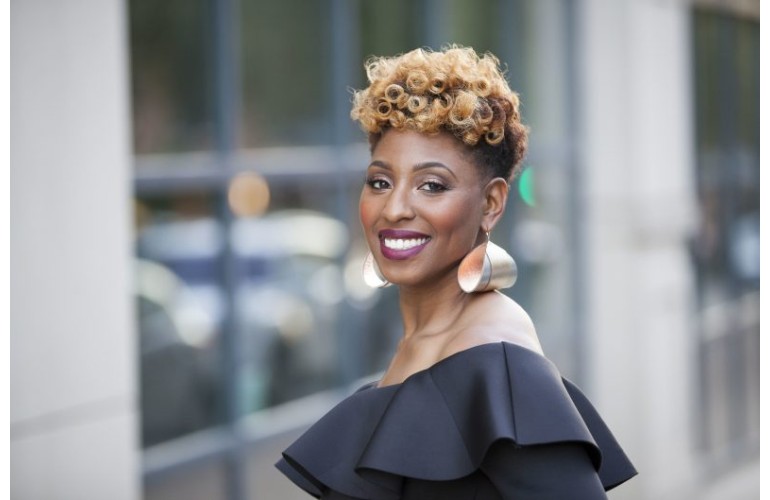 Jillita Bulluck is a contracting officer at the Naval Facilities Engineering Systems Command (NAVFAC) Washington Core. She began working at NAVFAC Washington in July 2008 after being recruited at a career fair.

“As the youngest in my family, I was the first to attend a four-year university,” said Bulluck. “I wanted to earn a full scholarship, but even if I did not, I was committed to getting my bachelor’s degree.”

In December 2013, she went even further and graduated from Morgan State University with a Master of Business Administration degree. That commitment to education continued in her work career when she graduated from NAVFAC’s Leadership Development Program in 2016.

“During that time, I had the privilege to be mentored by Guy Collins and be trained under Lt. Cmdr. Ian Kelly, two very talented and methodological problem solvers in the acquisition community,” said Bulluck.

Currently, she is one of two facility support contract (FSC) specialist team leads for the FSC CORE Team. Bulluck is responsible for a number of the FSC pre-award contracts for the region and provides reach-back support to each Public Works Office and FEAD Quantico.

“I am honored to work alongside Jim Waite, who is one of the most experienced and knowledgeable 1102s here at NAVFAC,” said Bulluck.

“Jim Waite and I conduct higher-level reviews and approvals, work to ensure compliance, solve complex issues with the contractors, provide support and guidance to the fields and ensure all our contracts are executed timely to avoid any gaps in service,” said Bulluck.

She also works with Shonn Gilkes, who she considers a hard-working contract specialist, and Peter Kho who fights for what he believes is right. Bulluck considers her supervisor, Arlene Adonay, a servant-leader who never hesitates to jump in to support any way she can. Last but not least, the team includes Eric Walker, Tracey Stephens, and Kennedy O’Shea, talented interns who support the development of contractual documentation.

Bulluck loves developing processes and tools to make things more streamlined and pays special attention to supporting team members in understanding NAVFAC’s processes and systems to execute the mission. Her work philosophy for her teammates is to understand why they are performing these professional processes, not just take orders.

“Do not make the mistake of relying on other people for all your knowledge and guidance,” said Bulluck. “Take ownership of your learning and your intern experience. You deserve it and you can do it. You can do hard things! You already are doing it. Just take it up a notch.”

Her passion for mentorship spills over into her personal life, as she has a history of educating and equipping women of faith to change their mindset and transform their life and relationships.

“I am really good at helping others set and achieve their personal goals,” said Bulluck. “I started doing that for myself as a seventh-grader and started focusing on that for others back in 2008 when I became involved with the youth department in my church. Now I focus more on women. I am good at helping people start their online service business and/or publishing their book.”

In the next five years, Bulluck sees herself in upper management, ideally supporting processes and policy and/or overseeing the execution of leveraging processes, systems, and tools. She gives thanks to Murieta Beverly, NAVFAC Washington’s former chief contracting officer, for her leadership of the Acquisition Community over the last five years.

“Ms. Beverly led with poise, confidence, and integrity,” added Bulluck. “I am forever grateful to have had an opportunity to be under her leadership. Thank you, Murieta!”

Bulluck grew up in Charleston, S.C. with three older sisters. Her dad worked as a longshoreman. Her mom worked as an LPN nurse. Her parents raised her in the church.

“I started out in a holiness, or Pentecostal, church then joined a southern Baptist church with my grandmother,” said Bulluck.

From an early age, Bulluck knew she possessed a talent for running, although she was more a sprinter than a distance runner. She became serious about track and field as a seventh-grader. So serious that she visited different schools throughout the county to identify which one would best develop her skills.

“There were three impressive coaches that changed the trajectory of my life, [including] Curtis Hazelton, William “Billy” Griswould and Coach Wright,” said Bulluck.

With their guidance, she won second place in the state in ninth grade and again her senior year. She was named MVP every year, including her senior year when somehow she ended up being the only one on the team at that point. Her Dedication earned her a full athletic scholarship at an NCAA Division I school, San Diego State University.

“At SDSU, I was part of a team that broke a twenty-two-year winning streak against Brigham Young University, leading SDSU to be the 2003 Mountain West Conference Champion,” said Bulluck.

Bulluck graduated with a Bachelor of Arts degree in Economics and Pre-Professional Studies and a minor and Political Science. Click here to read more.