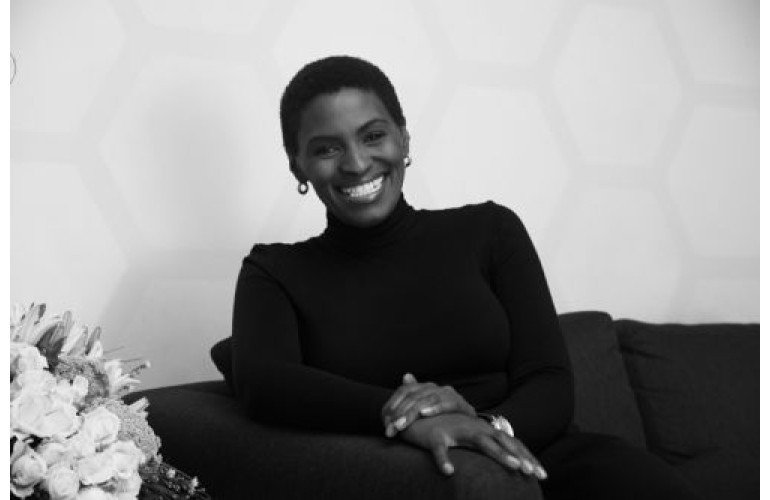 Morgan State University’s School of Business and Management is making headlines. A leading advertising professional in the Class of 1995 just landed one of the biggest jobs in technology and internet information.

This Monday, Facebook announced that Nunu Ntshingila is the new Head of Africa. In a company press release, Nicola Mendelsohn, vice president of Facebook across Europe, Central and Eastern Europe, the Middle East, Africa, and Russia (EMEA), spoke glowingly of Ntshingila’s contributions.

“We are delighted we have a strong leadership team in place on the continent led by Nunu Ntshingila, our new Head of Africa. Nunu will join our team in September of this year and work with businesses and agencies across the region,” Mendelsohn said.

“Africa is important to Facebook, and this office is a key part of our strategy to expand our investment and presence across EMEA,” Mendelsohn added. “Facebook is already a central part of people’s lives in Africa, and with more than a billion people in Africa, we want to do more to help people and businesses connect.”

Prior to this new position, Ntshingila helped drive the African network for Ogilvy and Mather, one of the largest marketing communications companies in the world.

“I am extremely happy and excited about this new challenge and strangely, it feels like everything I have done to date has led me here,” Nunu told Black Engineer dot com. “With Social Studies, Business and Comms all being key parts of my background, it seems an ideal blend for the journey we will face together in Africa,” she said.

“I am a great admirer of Facebook and passionate about the role of technology to foster greater social inclusion for the development of the African continent,” Nunu added.

Nunu Ntshingila-Njeke, 51, was born in Soweto Township, South Africa. After earning a Bachelor of Arts at the University of Swaziland, she landed her first job as an account executive at Ogilvy & Mather.

Early in her career, she was selected to join the M.B.A. program at Morgan State University’s School of Business and Management. Nunu returned to South Africa as Communications Director for Nike South Africa.

Nunu turned South African Tourism around and then managed the Johannesburg subsidiary of Ogilvy prior to being promoted Chief Executive Officer in 2004, a position she held for seven years.

Managing twelve business units that make up Ogilvy & Mather in South Africa, her role extended to 40 affiliate offices across Africa.

In 2011, Nunu was appointed to the global board of Ogilvy & Mather, representing Africa on the 30-member board, overseeing 450 Ogilvy offices in 120 countries.

In her many years at Ogilvy, Nunu oversaw South Africa’s most well-recognized brands, including DSTV, SABMiller, KFC, Cadbury, BP, Volkswagen, and Coca-Cola.

Nunu has received the industry’s highest honors. In 2003, she was a Businesswoman of the Year Award finalist; in 2004 she again attained finalist status in the Shoprite Checkers/SABC Woman of the Year award, as well as being named Financial Mail’s Advertising Leader of the Year. In 2005, she was named Business Personality of the Year at the Top Women in Business and Government Awards. In 2012, Nunu was awarded a Lifetime Achievement Award by Financial Mail for her work in leading and transforming the advertising business in South Africa.

Based in Melrose Arch, Johannesburg, Facebook’s first office in Africa has been set up to further the company’s commitment to helping businesses connect with people and grow locally and regionally.

“We are inspired by the incredible ways people and businesses in Africa use Facebook to connect. This momentum in Africa comes on top of strong advertiser partnerships and excellent adoption of our products across all regions,” Mendelsohn adds. “In Q1 2015, 52 percent of our total ad revenue came from outside the US and Canada. But we’re just getting started,” she said.

According to the online social networking service headquartered in Menlo Park, California, Facebook’s active user population in Africa has grown 20 percent to 120 million in June 2015 from 100 million in September 2014. More than 80 percent of these people access Facebook from their mobile phones.

“Mobile is not a trend,” Mendelsohn noted. “It’s the fastest development in communications we’ve ever seen. This couldn’t be truer in Africa – where so many people are mobile-only. This new office is a significant milestone for Facebook and our teams want to partner with businesses across the continent.”

In a statement accompanying its earnings, Facebook reported advertising revenue grew by 53 percent to $3.59bn, with nearly 70 percent of that coming from mobile ad sales.

“Our new African office will support our customers across the continent. We know that a one-size-fits-all approach won’t work when it comes to building products and solutions that address diverse needs on the continent, which is why we are committed to creating solutions tailored to people, businesses and specifically for African markets,” says Ari Kesisoglu, regional director, MEA at Facebook.

Facebook will initially focus on growing its business in anchor countries such as Kenya, Nigeria, and South Africa. Other territories include Senegal, Ivory Coast, Ghana, Tanzania, Rwanda, Uganda, Zambia, Mozambique, and Ethiopia.

Facebook will partner with governments, telecom operators, agencies and other stakeholders to deliver localized solutions to advertisers and users continent-wide. It will continue to focus on tailoring solutions, metrics and ad formats to the needs of customers and advertisers in the mobile-first, mobile-only African environment.

Kesisoglu continued, “Our priority for the next few months is to continue the work we are already doing with some clients in this region. We will work more closely with businesses and agencies to understand the challenges so that we can build solutions that help grow their business. People increasingly want to be connected to the world around them and desire information about new services and products to better their lives. At the same time, businesses need stronger, more flexible and less fragmented ways of reaching people in sub-Saharan Africa. Our mission will be to connect brands and consumers in Africa, creating value for all parties in the process.”