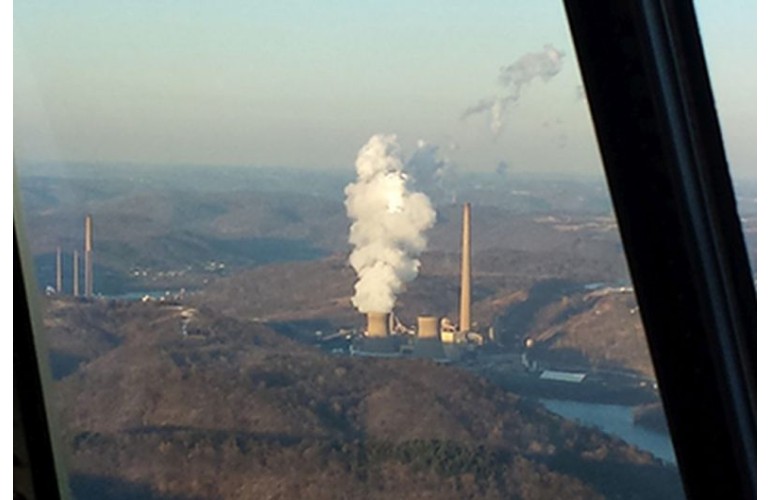 The 2015 Wintertime Investigation of Transport, Emissions, and Reactivity (WINTER) project has come up with new findings on how emissions from power plants and cars form hazardous particulates throughout the eastern United States.

While several studies of summer air quality have led to tighter emission standards and reductions in pollution, the new research on winter air shows why pollution levels remain somewhat stagnant.

The study was funded by the National Science Foundation (NSF) with support from the National Oceanic and Atmospheric Administration’s (NOAA) Earth System Research Laboratory.

“Studies have looked at emissions and particulate matter in summer, but there was relatively little research on what they look like in the winter,” said Bililign, who led the N.C. A&T  group focused on measuring sulfur dioxide emissions produced in the generation of electricity at power plants in the eastern United States.

The lead author of the article is Viral Shah from the University of Washington (UW).  According to UW’s Shah, sulfur dioxide from power plants and nitrogen oxides from both power plants and cars form hazardous sulfate and nitrate particulates. The multiphase path becomes more important in winter, resulting in a weaker response of sulfate and nitrate to emissions reductions.

“The longer the lifetime, the longer it hangs around in the air, and the farther it can travel downwind,” Fiddler said. “If it doesn’t encounter any clouds, it can last up to a month and travel as far as Europe.”

The researchers hope their findings will help with larger emission reductions, especially during winter, to improve air quality in the eastern U.S. and around the globe.