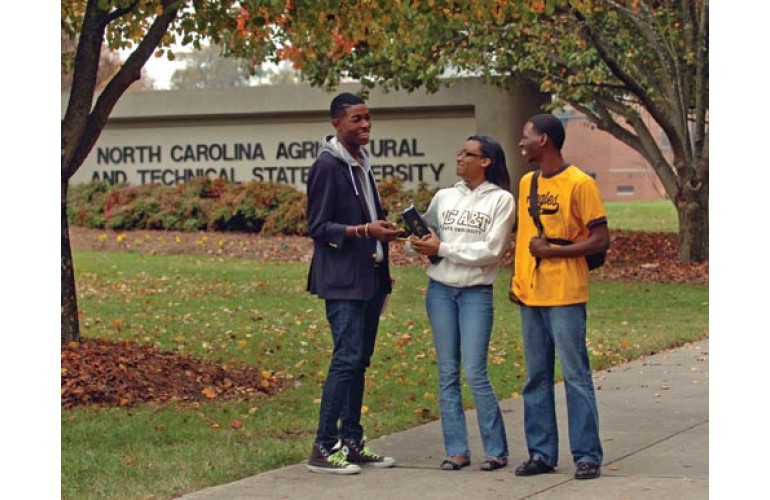 The five-year project will expand the use of autonomous vehicles, such as drones, to a larger and more diverse scale.

The vision is to manage future battlefields with autonomous vehicles working together in the air, on the ground and/or underwater. The vehicles could be controlled remotely by human operators or they could maneuver autonomously in complex environments. Teams of autonomous vehicles working in concert with soldiers, sailors and fliers would be capable of a variety of cooperative missions, such as surveillance and reconnaissance.

“The concept of systems of vehicles is new,” says Dr. Abdollah Homaifar, Duke Energy Eminent Professor of computer engineering at N.C. A&T and leader of the project. “It’s about teaming and cooperation among the autonomous vehicles.

“Teams of these vehicles could provide an advantage on the battlefield, but we need to learn how to move beyond controlling, for example, one drone at a time, and how they can work together. These are complex systems that will operate together in extreme conditions.”

The funding will allow N.C. A&T to establish a multi-disciplinary Center for Testing, Evaluation, and Control of Heterogeneous Large-Scale Autonomous Vehicles. A&T’s partners on the project will be the University of Texas at San Antonio and Southwestern Indian Polytechnic Institute, a national tribal community college, in Albuquerque, New Mexico.

The project will build on the team’s years of research in robotics, control, machine learning and expert systems. It will focus on three related areas:

The results will be integrated by Dr. Fatemeh Afghah at A&T.

In addition, the team will develop an education and outreach program to bring the team’s work to the classroom and to foster public awareness. Dr. John Kelly of A&T and Dr. Nader Vadiee of Southwestern Indian Polytechnic Institute will lead that work. Vadiee is project director for the college’s NASA Tribal College and University Experiential Learning Opportunities program.

Applications of the team’s technology won’t be limited to the military. “The results can be extended to other classes of systems of systems such as smart grids, transportation systems, air-traffic control systems, and more,” Homaifar says.