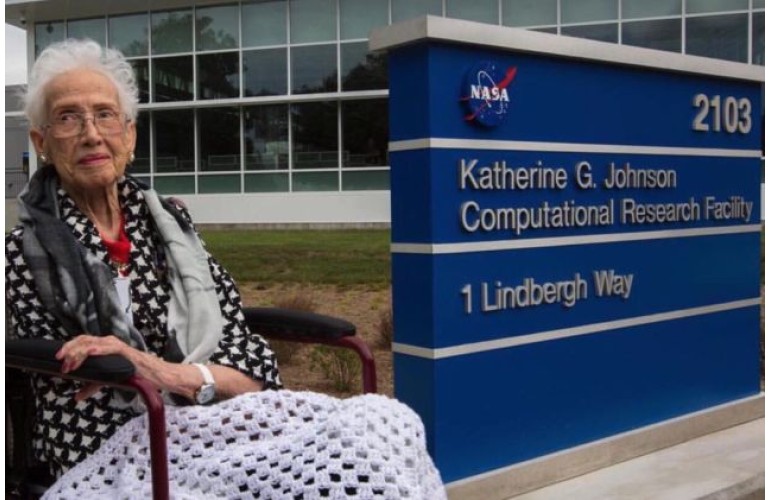 According to the statement, Jill Upson (seen here with Ms. Johnson) is executive director of the Herbert Henderson Office of Minority Affairs and spearheaded the process in February 2017.

Upson, a state delegate at that time, co-sponsored bill HCR 26 — which encouraged Congress to rename the NASA IV & V facility to recognize Katherine Johnson, whose mathematic calculations were crucial to the United States reaching outer space.

U.S. Senator Shelley Moore Capito acted on the resolution and introduced her bill on the matter, S.3389, in August 2018. The bill passed both houses of Congress and was signed into law by President Trump on Dec. 11, 2018.

Director Upson praised Johnson and her revolutionary work, and reflected on the West Virginia Legislature’s decision to name Aug. 26 as “Katherine Johnson Day.”

“When I got the idea to honor Katherine Johnson in January of 2017, after seeing the movie ‘Hidden Figures,’ I was pleasantly surprised by the overwhelming excitement that I was met with from people all throughout the state,” Upson said. “Not only was helping to create Katherine Johnson Day a great accomplishment on behalf of this brilliant West Virginian but renaming the NASA IV & V facility for her elevates her achievements in math and science to a national level. Dr. Johnson literally changed the world and she is worthy of this high honor.”

Upson added that shining a positive light on West Virginia, and showcasing the achievements of West Virginians such as Johnson, is one of the ways she hopes to serve the Mountain State in her new role at Herbert Henderson Office of Minority Affairs.

The Katherine G. Johnson Computational Research Facility was dedicated Sept. 22, 2017, with a ribbon-cutting ceremony attended by family and friends of Johnson and her fellow “human computers,” students from Black Girls Code and the 21st Century Community Learning Centers program, and special guests from across Virginia.